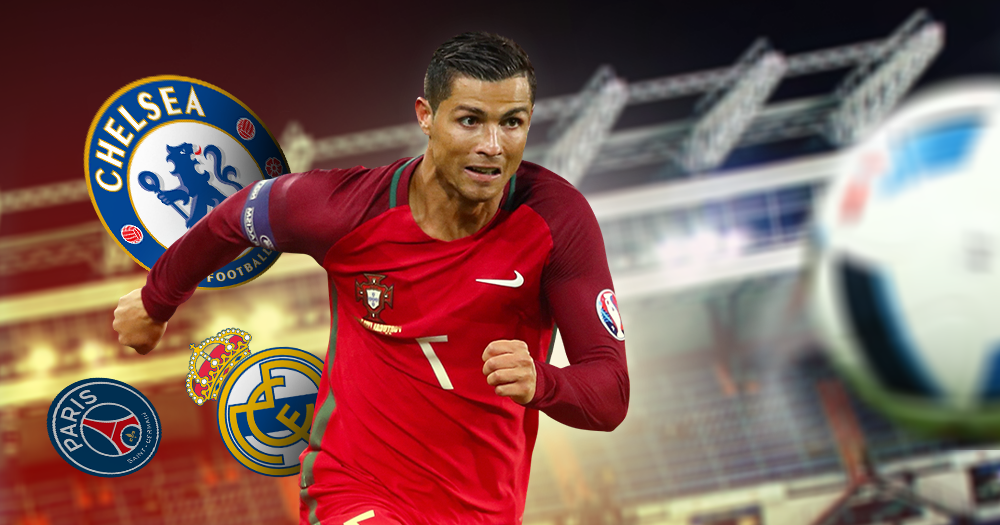 Cristiano Ronaldo shocked the world before the 2022 World Cup, giving an interview lambasting his club Manchester United leading to the termination of his contract. Ronaldo next club odds have been heating up ever since, so we gathered the most popular Ronaldo transfer odds for you to enjoy below!

Despite his transfer to Saudi Arabia, anything could happen in the future, especially as not many players have spent long stints in an Arab country before. Ronaldo could be tempted by a move back to top-level football to secure his international spot with Portugal and his legacy.

Odds updated January 2023. Click on the link where the odds are written to go and create an account and place your bet now! You'll also get a chance to enjoy their new customer betting offers.

No odds available currently, we will update this space immediately as they become available.

Ronaldo Transfer - Who are the favourites according to the odds

Players like Cristiano Ronaldo don't move clubs that often, which is why Ronaldo transfer odds at UK bookmakers are extremely popular - but who are the frontrunners for the Portuguese superstar's signature?

Judging by his return to previous club Manchester United just a couple of seasons back, you can say that Ronaldo values his roots quite a bit. This is why the bookies are expecting a return to his boyhood Sporting Lisbon highly, and the Portuguese have shown previously that they would be interested if Ronaldo leaves Saudi Arabia.

Despite the money available in the Middle East, CR7 has always had a burning desire to play at the very pinnacle of the game, which is why similarly former employers Real Madrid seem like the only logical choice from a footballing standpoint. However, Ronaldo's age could be an issue for a return to the Bernabeu.

One likely option is Premier League hotshots Newcastle, who are also under Saudi ownership. If The Magpies end up finishing in the top 4, Ronaldo could be tempted for one last shot at the Champions League next season.

The favourites to be the next club of Cristiano Ronaldo according to the betting odds are:

News: Next Manager To Be Sacked Odds (Premier League) »