Next Manager To Be Sacked Odds (Premier League) 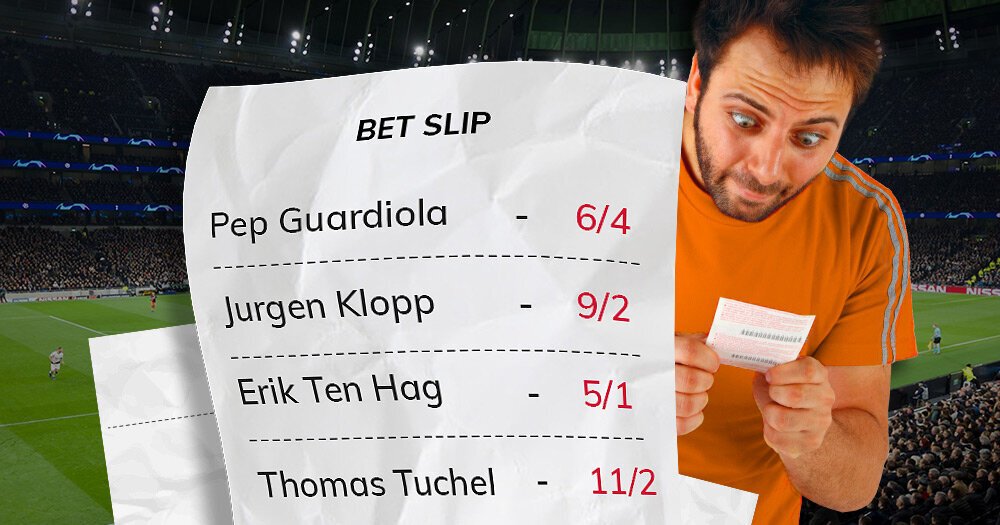 Next manager odds for Premier League teams in the 2022/23 season are available at many of the biggest bookies, and Premier League sack odds are more popular than ever. Enjoy our list of all betting sites with next manager to be sacked odds below.

On this page we cover the current odds for the next Premier League manager to be sacked, and even some odds for teams like Manchester United, Liverpool and Chelsea. Bojoko also helps you with some general tips on sack odds in the Premier League.

Below you can find the Premier League manager sack odds for all teams. Like you probably already know, these odds are for the manager in question to be the next one losing their job, or essentially getting sacked.

We have chosen Parimatch as the bookmaker who our odds are from, since after researching the topic they have shown to top the market on almost every single manager in the Premier League at the moment.

Below you can find listed all the betting sites that provide players with odds on the next manager to be sacked in the Premier League. PL sack odds can be found almost always at these Premier League betting sites, and don’t forget all the tasty bet sign up offers you can get from them all as well!

Next manager odds - The gaffers under pressure

When a manager comes under pressure, Bojoko’s football betting experts are always aware. Of course, most of the time it’s pretty obvious when a Premier League manager is under a lot of stress since the results are there for everyone to see, but there are plenty of other aspects to take into account as well - things that the bookies often reflect in their odds.

However, this might not always be the case, and sometimes even staggeringly high odds can be found at a certain betting site when everybody knows about rumours who’s going to take charge of a PL team next.

USe the £30 free bet from William Hill

Use the welcome offer for new players from the top-quality bookmaker William Hill and claim £30 in free bets for just a £10 deposit & bet.

Wolves parted way with Bruno Lage after a series of unsuccesful results to start off the 2022/23 season, and it remains to be seen whether the club's Portuguese connection still runs strong.

Super-agent Jorge Mendes' influence at the club is immense, and the front-runners for the job do contain a number of revered coaches from Portugal. Parimatch's odds for the next Wolves manager include:

Enjoy odds on the next Wolves manager here »

Scott Parker was the first casualty of the 2022/23 Premier League season, as Bournemouth’s owners lost patience after just four games, with the final blow being a disastrous 9-0 defeat at Liverpool. Some would say Parker’s dismissal is fairly harsh, especially with just 4 games 3 defeats against Arsenal, Manchester City and the Scousers.

The race to predict the next manager is well underway, with former Burnley boss Sean Dyche leading the way at first at the bookies. Other names being thrown around are Kjetil Knutsen, Chris Wilder and Gary O’Neil, and their odds have shortened significantly. William Hill’s odds for Dyche are especially favourable.

Manchester United is one of the most followed clubs across the world, which of course brings with it massive pressure for their manager. ManU’s next manager odds are therefore always of interest to the betting public.

However, Erik Ten Hag is currently still keeping his doubters at bay, as there are no odds available for his successor online. This may change whenever, so keep your eyes open on this page if United’s results start struggling!

Liverpool’s start to the season wasn’t exactly what Jurgen Klopp was hoping for with a title challenge against reigning champions Manchester City in mind. This has led to some rumours about his departure, and with over half a decade at the helm the German might be growing tired of the Liverpudlian rain by now.

The candidates for Klopp’s successor are comprised of former Liverpool legends and management heavyweights of recent years, but there are currently no odds available online for the next Liverpool manager.

Although Frank Lampard was only appointed as permanent Everton manager at the start of 2022, storm clouds have already started circling around the former England legend’s reign. Everton’s new owners haven’t been the most patient with other recent managers, so “Super-Frankie Lampard” might be in for his P45 sooner rather than later.

Currently there are no Everton next manager odds available online, but they will be added here the moment some bookies start giving them out.

Chelsea is another club where the manager’s hotseat had always been boiling during the reign of Roman Abramovich, and the same seems to be continuing with new owner Todd Boehly from across the pond. Boehly’s trigger-happy tendencies have already been revealed, as Thomas Tuchel was sacked at the start of December.

Tuchel’s replacement has now been confirmed as Brighton’s Graham Potter, who has established the unfancied “Seagulls” as Premier League regulars, even guiding them into the top half of the table to start of the 2022/23 season. It remains to be seen how long the American owners’ patience holds if Chelsea’s results continue in the same vein as under Tuchel…

Here we have listed some common betting tips that will help you with your next manager bets.