STS has a long history being a bookmaker in the Polish market. This made us set our standards high, which has worked in our favor for the international markets. STS has grown over the years and provides now slots and live casino to players all over.

We provide our players with only high-quality services. This means our games come from top providers, who can meet our standards. Our customers get to enjoy world-class slots and casino games, as well as sportsbook, virtual sports, live casino and a wide range of eSports betting.

We at STS are currently expanding. We have over two decades of experience and we have set our targets to conquer Canada and Finland next!

BE SURE TO BET THE OBVIOUS, FOR SATISFACTION THRIVES WITH SUCCESS!

STS Casino came to me as a bland casino in terms of the layout and color coordination of the website. To be honest, I was rather ‘okay’ to take on this casino, but who am I to judge a book by its cover?

The casino on the other hand has got to have a very responsive interface unlike some of the casinos I have been to. STS Casino has a very neat interface that has everything neatly set up making it easy to find all the menus and find your way around the sections.

On the very top of the page there are all the available categories. Apart from the casino section they also have sports which players can bet on. This was also the first casino that I noticed had a blog section where they talk about everything sport and betting related which was a great idea.

Signing up was really a walk in the park, which took just a few steps after which my account was ready for use. When it comes to deposit of funds, this casino offers a number of ways for its customers to do this and in addition to this they have numerous ways of contacting customer support in case of any problems along the way.

After registration you can claim your match bonus, up to $100 by depositing the minimum of $20.

Here's how to easily get the bonus:

Please note that when you play, half of the stake comes from the real money you deposit and half from the bonus money. Winnings are also halved between the cash and bonus balances.

STS has a very generous welcome bonus for new customers. Upon signup I was welcomed to a 100% bonus on my first deposit, provided I deposited a minimum of CA$20 and capped at CA$100. There was no special code needed to enter because once I clicked that I wanted to the option of the casino and not sports betting, it automatically generated the CA100 code that redeemed automatically.

So, after depositing CA$60 I received CA$60 and I was ready to get my player’s luck on. So, I just started with some of my basic games once I am in a casino. Some spins at slots of Immortal Romance and Megah Moolah were my desired games of choice just to get a feel of what I would do with the bonus.

But, as always, I had to first utilize my initial bank roll so that I would get to enjoy any of the bonus CA$60 that I had. The bonus was tied to a 30X wagering requirement of which I found considerably fair, but was not ideal for me. I had to ditch this bonus, if I wanted to make any substantial amounts that were not tied to any wagering requirements.

Besides the 100% bonus, STS casino has a bunch of lucrative promotions that I thought were worth a mention. There is a weekly Live Casino cash pool of CA$20,000 for lovers of live casinos like myself. Also, regular customers enjoy a 25% bonus weekly deposit for any amounts of CA$20 to CA$100 which I find both offers pretty sweet.

We also offer plenty of promotions after the welcome bonus. The offers can be redeemed for both casino games and sports betting.

You can enjoy progressive jackpot games like the popular Mega Moolah or chase some great winnings from Pragmatic Play Drops and Wins games where random winnings are shared daily and competed in weekly tournaments.

We also have something for those who love table games, a wide range of blackjack, roulette and video poker on offer.

We have also made finding games easy for you. You can search games by name, provider or browse any of our game categories.

After getting my account ready and hitting the casino section, I was actually pleased by how classy the games section was. Different from some other casinos where the games are placed together in one sub section, here in this casino there are a number of options to choose from, from video poker, table games, jackpots and others it was easy to sift through the games of my choice.

I was also able to search for games using the search bar available making it super easy to locate some games I had in mind instead of having to scroll through a bunch of games. This casino had me smiling the entire time, they provided the option of playing games for free first before having to play for real money, and this allowed me to familiarize myself with the games I hadn’t played before.

It’s no surprise that the games in this casino are exceptional, they have partnered with some of the best game developers and providers in the market and some of these include names like MicroGaming, ELK Studios, and Pragmatic Play among others.

Heading over to slot games I was met by some of the top online slot games and these included games like John Hunter Book of Tut, Wolf Gold, and Immortal romance to mention just a few. But that’s not all I headed over to progressive jackpots next and here there were some great titles like Treasure Nile and Major Millions.

The last section I visited was the tables of which I am a major fan. Even though I had a smaller bankroll, the Baccarats would turn my fortune well. I played sic bo starting with approximately $27, and after a thrilling gaming experience walked off with $75. Called it quits and headed to withdraw my winnings.

Our casino is mobile-friendly and runs smoothly on any device. Be it a phone or a tablet, Android or Apple, you can enjoy a wide selection of mobile games here.

STS mobile casino is built on HTML5 technology, which works perfectly on every device. You can play our slots, table games and even live games wherever you may be. Just open your mobile browser, hop on to our casino website and enjoy the games.

Using an android device and the Google Chrome browser, I was able to access this casinos website without any hassle, everything loaded pretty well and the games run easily without a hitch. I was impressed by the clarity of the games graphics wise and also the quality of the audio.

All the casino sections were available on the phone just like on the desktop version. Customer care, the different banking options, access to the full games arsenal was present here. I must applaud STS Casino on the amazing job they have done with the mobile interface.

We have an amazing selection of live casino games waiting for you. Try for example blackjack, roulette or baccarat, or maybe wheel of fortunes are your game. All of these and more are ready to be played at STS.

Our games come from Pragmatic Play, one of the leading live casino providers in the world. You can feel the thrill of live gaming enjoy these tables on your phone or PC.

We here at STS take responsible gambling seriously and promote awareness of problem gambling and importance of early intervention. We aim to provide our customers a safe place to play.

We have wanted to make sure that our customers can easily find and access the tools to help them track and control their gambling. Watching your time and money spent on our site can help you keep track of your gambling and take control over it.

You can contact our customer support 24/7. Our expert staff is eager to answer all you questions no matter what you need to know. Questions about slots, live casino and any other queries you might have will be answered efficiently and helpfully.

Other than the amazing games selection and great mobile design and interface, this casino has ensured that the customer support they provide is up to par, considering that most users consider the customer support as one of the most important factors when choosing a casino. STS casino offers a number of ways of contacting them.

The first and most prompt way is the live chat which gets a response in a matter of seconds, there is also Email available for queries that are not very pressing. The customer support in this casino works 24/7 which is an absolute plus. On the website there is also a well put together FAQ section which handles most of the queries.

We want to know who our players are and to do so, we will be asking you for information and documentation.

When you register, you are asked for basic information, such as name and address. Later on we might ask you for documents to proove these, as well as proof of deposits. You’ll be requested to send in the following:

KYC is done as a method to prevent money laundering and to fulfill the requirements set by gambling legislaturers and licensors.

Just to be clear, account verification was not mandatory for you to deposit, play or withdraw funds. But if the casino might notice suspicious activity with your account you might be asked to verify.

Even though the verification wasn’t mandatory, I went ahead and sent my documents over for verification. It took them two hours to notify me that my credentials were good to go which was also a very great feeling.

We offer you several secure payment methods for Canadian players that allow you to make deposits and withdraw your winnings. We want to cater to every preference, so that you can deposit and withdraw the way you want.

I cannot stress enough how important this section right here is, I prefer a casino that provides many safe options for depositing and withdrawal of funds and this casino does just that. The banking options offered by this casino include MuchBetter, Neteller, Ecopayz, Visa, Mastercard, Interac, and Paysafecard.

I was mostly impressed by how fast it takes for withdrawal of funds from this casino, it took just 3 hours for me to be able to get my funds. And this compared to other casinos in the industries which take between a day to three days was super impressive. Kudos to STS casino for this. 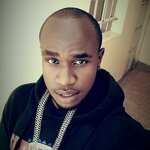