3 Devils Pinball is a game by relative newcomer Crazy Tooth Studio who are seemingly eager to get into the market. This slot offers a rather demonic angle with a pinball setting, offering players not only a bonus game but also non-standard reels and a multiplier.

The game was released in 2021 and even though the studio that made it is rather new, the graphics are pretty good. They offer the player an immediate sense that they’re looking at a special kind of pinball machine, with flippers on the sides. When the bonus game is activated, the camera zooms out to show the entire machine before zooming back in on another part of the slot.

Most of the time players will be looking at the bottom playing field with 6 reels and 4 rows. This part of the game can expand on its own, creating a larger area that facilitates wins. The slot can go from 25 paylines to 50, depending on the size of the screen. All the symbols in the game are somewhat unique even though not all of them are very creative. Most of the low-paying symbols for example are simply differently coloured flames.

When it comes to the music the game does its best to combine the pinball setting with a somewhat circus-like atmosphere. There are also some soft drums playing in the background that I couldn’t quite place. Getting a win will play a generic jingle. If you manage to activate the bonus game the music changes somewhat into an organ song with Arabic undertones. As you can tell, the sound design is all over the place.

3 Devils Pinball uses a varied collection of symbols even when they aren’t all as original as I would have liked to see. There are actually 3 different devils in the game which can be kept apart pretty easily thanks to their design and associated colour. Then there are some coloured symbols to act as the low-paying ones. Finally, there are flippers and multipliers which each have their own reason to be there.

The slot comes listed as Medium Volatility which fit my experience pretty well. Not only does the base game grant wins relatively often, it will also trigger its expanding reels and bonus game quite often. This helps immensely in keeping your funds close to the starting point. During my time playing I never really dipped so low that I felt I could never recover.

There is a way to increase the opportunity at getting big wins or reducing the risk of losing a lot of coins. You can do this by simply changing your bets per spin. The game lets you pick a bet between £0.20 and £50 per spin, which is about average for any slot. It’s always a good idea to start with a lower bet to get a feel for the volatility. Players that manage to hit the jackpot can walk away with a max. win of 2,597x your bet.

As for an overview of the symbols in the game, there are:

3 Devils Pinball has a rather unique outlook at slot gameplay. The base game will play as most people expect, with consecutive reels featuring the same symbol awarding a win. There is the possibility of expanding the reels to its 6-reel, 8-row size which makes it more likely to be awarded a win. Besides that, there is a bonus game that can trigger some impressive coin wins.

For a complete look at the features, a quick summary:

The base game is a good starting point for the player as it plays much like other slots. The goal is to get symbols on consecutive reels. This will be counted from left to right and the other way around. It can randomly occur that the Pinball Feature is activated, in which case the playing field expands. The slot will use flipper symbols to add multipliers to wins as they travel across the screen.

It’s the bonus game that resembles pinball a bit more. The playing field is filled with coin values and flipper symbols. Balls are randomly launched across the screen. If they hit a flipper they will change direction and apply a multiplier to all tiles they hit after the flipper. This multiplier will increase with every consecutive spin. At the end of the bonus game, the total coin win is awarded.

3 Devils Pinball is an interesting addition to the total slot library and an excellent example of what this new studio can offer. There is a lot of attention to detail in this game, both in regards to its design and gameplay. Instead of offering a standard slot it tries something new but doesn’t completely go off the deep end either.

Instead, I think we have something here that will interest both classic slot fans and players that are looking for something more modern. The gameplay is still solidly based upon the standard slot but it offers some interesting additions on the side.

I had a nice time playing this game, keeping my funds largely in check. I also saw how the bonus game and expanded reels triggered some big wins. If anything, I’m interested to see how this starting developer will be able to make a name of itself in the busy video slot market.

Browse casinos with 3 Devils Pinball and other slots from Crazy Tooth Studio. Create an account and try the game for free before making a deposit.

You can play 3 Devils Pinball in English, Finnish, Swedish, German and 26 other languages. 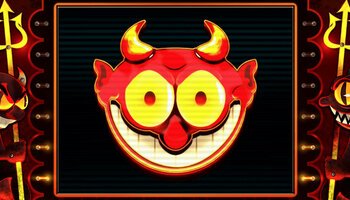