Betsoft's 4 Seasons slot does a great job of putting the cutest faces on the animals of the Chinese zodiac. The game is a mellow take on that theme and does a great job in relating the calendar wheel with the gameplay. This was probably the main reason why I liked 4 Seasons.

Every 30 spins you get to see a change in the scenery and a new animal from the zodiac chart gets selected as a new special symbol. In addition to this, 4 Seasons has a free spins bonus and can throw a surprise colossal symbol from any of the symbols on the paytable.

The basic characteristics of the game are five reels, 30 paylines and a set of symbols that are part of a unique payout structure. Out of all of the symbols, the Wild stands apart because it can pay an amazing 10,000 coins multiplied by your payline stake.

Overall, 4 Seasons has a promising set of features and a likeable theme, but is it good enough to make you want to play it again?

Betsoft's designers have applied the company's signature method of rendering their humans and creatures. Needless to say, their objective has been to create the cutest ever rendition of the animals from the Chinese zodiac.

Every single symbol makes its animated dance when it ends up on a winning payline but in addition to this, there is also a very cool lighting effect surrounding that symbol.

Slot players who like to become immersed in the gameplay can leave the sound on because this time around, the typical Chinese melody gets a boost from a dubby electronic track and to my ears, this sounds rather cool for a time.

4 Seasons has one extra feature in the form of a free spins bonus and one feature that can occur at any time during the base game.

The wheel in the bottom-left corner of the screen is responsible for the clockwork passing of one day for each spin.

Upon completing 30 spins, the game nudges a new symbol into the Golden marker which gives it a win multiplier of 10x.

Two animals that are left and right of the Gold symbol are given a win multiplier of 5x and the three symbols below double your payline wins.

4 Seasons has a neat way of adding more multipliers to your potential winnings, however, the signs of the zodiac need to be aligned accordingly.

If you decide to play 4 Seasons you will notice that it tends to stack three matching symbols anywhere on the reel set. Sometimes it can be on a single reel, sometimes on a double.

When a winning outcome passes through a double stack of matching symbols, the payout is doubled. The combo symbols can consist of three, four or five stacked reels, in which case the payouts get win multipliers of 3x, 5x and 10x respectively.

This isn't my favourite take on the free spins bonus, simply because the game doesn't give you anything new. To trigger eight, 12 or 20 free spins you need to get three, four or five Yin Yang symbols on the screen.

Suddenly, the calendar month stops from progressing during the bonus, but you still can get a chance for a block win. Nevertheless, Betsoft had missed a chance to throw at least one extra element to liven up the bonus.

I think that the Seasonal Wheel is a nice touch and the colossal symbol wins are another way to gain extra value from your big wins. Sadly, I got a fair number of stacked reels but these were able to grow into a symbol block on very few occasions relative to the number of spins.

On the other hand, the free spins bonus isn’t exceedingly difficult to get, so there is a balance somewhere in there between that and the low frequency of block wins.

Betsoft has made the simplest of all paytables, I think in any given slot game. Every single one of the Chinese zodiac animals pays the same amount.

Unless it gets a nice boost from one of the extra features. The figures above are extremely low and their purpose is to keep your balance in limbo between the potentially sizable winning outcomes made with the help of the Gold, Silver and Bronze symbols and the Block Win Combos.

As I said before, the symbols on the Seasonal Wheel can add 10x, 5x and 2x your payline according to the figures above and the Combos can add 2x, 3x, 5x and 10x. This makes for a slightly better picture, which in my opinion doesn’t improve my overall impression from the game.

I really like the graphics and the idea, but I find the mathematical model to be amiss. Unless you like to play high stakes on high variance slots, 4 Seasons is nowhere near normal. I’ve found the Block Win Combos to be quite infrequent and winning outcomes in the base game are abysmally uneventful.

Can you win big on this game? I think yes, but impatience ought to settle in before 4 Seasons decides to connect more than two stacked reels or a Golden symbol win.

Browse casinos with 4 seasons and other slots from Betsoft. Create an account and try the game for free before making a deposit.

You can play 4 seasons in English, Finnish, Swedish, German and 22 other languages. 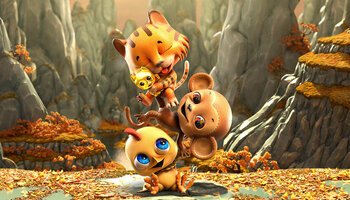