This slot came out in 2018 after being developed by Playson, making it almost an old-school game at this point. Having said that, it still offers players a very solid gameplay experience which allows people to quickly play a number of rounds. This all happens on a 5-reel, 4-row playing field which is an obvious deviation from the classic slot experience. It makes sense when we consider that there are 40 paylines players can get a win on, explaining the name.

Everything else about the slot feels very familiar. The joker has been a popular symbol in many games, flanked by a selection of other standard symbols such as the watermelon, golden bell and BAR. It all feels very expected but for a certain group of players, this will suit them just fine. All of the graphics are sharp and clear but there aren’t that many animations. When players get a win, they will see which payline they’re on.

When it comes to the sound design I wasn’t exactly impressed. Here too the game uses the frequently used effects for wins. Players are even treated to a piece of classical music whenever they hit a bigger win. Even though Playson was responsible for many of these ideas in the first place, a few years later it has started to feel quite tired.

40 Joker Staxx makes plenty of use of the classic symbols older slots used to be filled with. This evokes the idea of the fruit machine that used to be found in every pub. The game never really leans into this enough, however, always making it obvious this is a digital slot. Where other games might try to evoke the style of a physical fruit machine, this game keeps everything extremely basic in its presentation.

When it comes to the technical side of things, 40 Joker Staxx offers players more of the same. The game has Medium Volatility which translates into medium-sized wins that are awarded semi-regularly. Players won’t have to play for long to get a win and the wins won’t be too small. This makes it perfect for players that mostly enjoy the experience itself. Players that aren’t necessarily looking for either a lot of wins or very big wins exclusively.

To deal with the volatility they can change their bets. These can be set to an amount between £0.20 and £100 per bet. Although this has no influence on the volatility it can help players for longer. High rollers meanwhile can use it to attempt and hit the bigger wins. Speaking of bigger wins, the slot offers a maximum win of 1,600x your bet. Considering the volatility this is below average for a game of this type.

As can be expected, the symbols in the game are split into high- and low-paying symbols. Where the low-paying symbols are based on different fruits, the high-paying ones are other classic slot symbols. This includes the golden Bell, BAR and 7s. Obviously, the Joker symbol is the highest paying symbol and the one player will most like to see on their screen.

40 Joker Staxx keeps things simple when it comes to its features. The few it does have are simple and fit the setting well enough. Players that only enjoy the really classic fruit machines will probably be disappointed anyway.

The features that are present in the game are:

The slot already has a larger playing field than is normal for a classic slot which means it has a larger number of paylines. With an increased number of symbols, this balances out to medium volatility. The Wilds help a little in making sure payouts are still relatively frequent. Wilds appear often enough to make an impact but will obviously not always show up in the right place.

With Stacked Wilds the playing field is levelled even more. Wilds appear on top of each other, potentially filling up an entire reel. These don’t always stop on the right spot, meaning stacked wilds won’t always take up every row. Nonetheless, the more Wilds are on the screen the better it is for the player.

40 Joker Staxx was released a few years ago and it still holds up fairly well. I have become less interested in these variations on classic slots as they don’t often do anything interesting. Instead of committing to the classic fruit machine idea they only borrow some elements of it. The studio then neglects to do anything fun with it.

Still, if you’re a player that usually enjoys the classic slot experience while still making sure it’s a modern digital game this isn’t a terrible way to spend your time. The Wilds and Scatters offer a slight change of pace that can help towards a bigger win. Die-hard classic players will probably be turned away instead, especially considering the larger playing field.

If you’re someone who is looking for the next big jackpot you probably won’t be satisfied by the offerings here. The maximum jackpot is small compared to other games with similar volatility. There are even low volatility games that offer bigger rewards. As such, I feel this game is reserved for only a very specific group within the community.

Browse casinos with 40 Joker Staxx and other slots from Playson. Create an account and try the game for free before making a deposit.

You can play 40 Joker Staxx in English, Finnish, Swedish, German and 17 other languages. 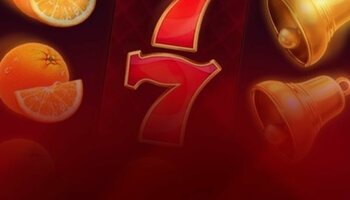 One of the nicest games from @playson! Stacked wilds is a great feature, but maybe something little more could be added. I like the colors and overall the gameplay is quite nice. Not the best game but one of my new founds and definitely gonna try again!