There is a beautiful saying that goes "Simple makes perfect" and this is exactly what I am getting from 7 Mirrors. The game comes with three rows, five reels and nine paylines. That is the 'simple' part. The 'perfect' part is all about the math model and the maximum payout potential of 7,770x your bet.

I have little doubt in my mind that most modern slot players would go for a video slot that has awesome graphics instead of a classical fruit slot machine. That's understandable, but I like to think that you kind of need a change in perspective when it comes to that. 7 Mirrors is one of those games that I would skip nine out of ten times, but I still go for the adventure that one time.

Few of my pre-requirements to playing an online fruit machine were fulfilled: the gameplay is smooth instead of clunky, the potential symbol payouts are quite decent and there is a bonus game. There are a couple of elements of surprise in addition to a decent base game, so I think I am right in saying that this is one of those no-frills online slots that can avail a decent amount of excitement nevertheless.

There is really nothing spectacular about the graphic design. The symbols have been drawn in a way that crosses the basic threshold of appeal and that's expected as it would be a complete waste if the company didn't try to achieve that. I've seen some horrendous games in my experience as a slot player and 7 Mirrors definitely doesn't belong in that pile.

The symbols come in three categories: low pays are made with cherries, lemons and oranges; medium pays come by way of the three BAR symbol combinations; and the high payouts are made possible by landing three or more of the seven symbols. There is also a scatter symbol that's represented by a star that does more than just pay a hefty prize.

One thing that I couldn't stomach about 7 Mirrors was the sound or the lack of it. Pressing the Spin button without having the sound turned off first can induce full facial cringing that isn't going to go away unless you immediately go to the Menu button and shut it off. There are only two sounds in the game and they've managed to choose the most annoying noise for the spinning of the reels, ever.

The game has enough symbols on the paytable, sans a wild symbol. Conversely, there is a scatter symbol that can pay neat prizes and trigger a free spins bonus.

There isn't a single symbol on the screen that can rake-in less than 2x your bet. That's quite pretty because that means regardless of the amount of your bet the payout is going to be at least double. The low-paying symbols can pay the same amount for each of the three winning combinations. Three, four or five symbols can pay 2x, 5x or 10x your bet.

The BAR symbols come as single, double and triple, but you can also get any combination of the three and still make with a good payout - 2x, 5x or 20x your bet. Otherwise, a straight payline with either of the BAR symbols can pay between 5x and 50x your bet.

Last but definitely not least, the seven symbols. These come in three colours and each one can pay amounts that include one, two or three instances of that number, hence the name of the game. Getting anywhere between 7x and 777x sounds like a great deal to me but the only thing is, the red and blue sevens can be rarely seen to appear two on a payline starting from the leftmost reel.

Obviously, the math model isn't too generous with the high-paying symbols and that's quite sensible. On the other hand, the remaining symbols tend to be common so that any winning outcome can be made double or more in the gamble game. This is where you get to 'guess' the card colour and every good guess doubles the amount you've won thus far.

Overall and despite the lack of animation and the lack of an audio track, 7 Mirrors isn’t such a bad game. I can definitely see myself playing it on public transport where I don’t have to mind what goes on the reels in slot games that are more complex.

On the other hand, and in all sincerity, the game does become a tad stale after 100 spins, so those who want to push their chances for the potential big win need to just soldier on through the lifeless graphics.

A significant putdown is the fact that this mathematical model is not kindly disposed to the star symbol, so if yearning to find out what and how much can be had, use a small bet to give 7 Mirrors a spin.

Browse casinos with 7 Mirrors and other slots from Tom Horn Gaming. Create an account and try the game for free before making a deposit.

You can play 7 Mirrors in English, Finnish, Swedish, German and 22 other languages. 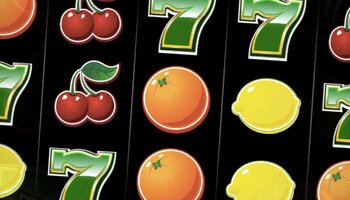