A set of cherries, bells, BAR symbols and sevens, among others, can take you to 7th Heaven if you hit the motherload on this oddly-numbered slot game by BetSoft.

I came across the game completely by chance. The title had me wanting to find out if it's about counting sheep or angels, or something related. My curiosity got the better of me because I ended up playing a game that I was close to hating, yet I pushed on for the silliest of reasons: 7th Heaven comes with 18 paylines! Why didn't BetSoft round it up to, say, 15 or 20 lines? I had to find out if the payout frequency is just as quirky and if the structure of the paytable can justify playing this game.

I have to say, this is the kind of a game that you'd pass up very easily. It takes no effort to know that the game logo reveals a stale retro slot machine. But you'd be wrong. The paytable structure is quite appealing and the game comes with three extra features, so you can have fun with the game and potentially land lucrative outcomes. On the other hand, I found it annoying that the gameplay is so clunky, even if you toggle on the Fast Play option that makes for a speedier turning of the reels.

Nevertheless, 7th Heaven can be a decent game, in terms of payouts and in that regard, it is all about the three different number seven symbols.

Looking back ten years from this point in time, there is nothing that should have warranted such poor graphics on this game. Looking at the reel set is like looking at drawings made by a bunch of ferrets on a digital drawing board, in MS Paint! It is what it is and if you choose to play 7th Heaven you'll get an eyeful of waxy-looking bells, hearts, clubs, cherries, sevens and few other symbols.

Strangely enough, there is some animation on the reel set. Landing a winning outcome can create a neon sign-like flash and the bonus symbols and the wild can also create some jiggy motions to break the visual dross of BetSoft's 7th Heaven. What had me completely amazed, though, is that the designers had picked a funky electronica track that I can definitely sail to. All you need to do is turn off the Sound FX setting and you’re good to enjoy the twists and turns of the game.

The game comes with three features and if I continue being a judgmental snob then I'd say this is another surprising moment. You'd think the game makers wouldn't have bothered including additional features besides a wild symbol for a random game like this one, but have I been wrong! In fact, the features are what saves 7th Heaven from the heap of defunct slot games, simply because without them, the base game can get dreary within minutes.

What can I say, BetSoft has prepared a little treat for the adventurous souls out there. I would have never guessed that this game can amount to decent gameplay that comes with two free spins features. Furthermore, the paytable for the Gem Party feature comes with a bigger payout potential for each symbol, surpassing in value the payouts on the standard paytable.

I said at the start that I found it a bit strange that the game comes with 18 paylines. Well, these are selectable so you can really fine-tune the amount of your wager if you want. I know I didn't want to miss any eventual payouts so I had the game at full-throttle.

Payline coin value starts at 1p, so the smallest bet is only 18p per spin, but I chose to wager close to the one-pound mark. A bet of £0.90 made the small wins look petty, the medium wins look mediocre and the big wins I can deem as more than decent.

Amazingly enough, the three different 7 symbols on 7th Heaven can pay for two of a kind. The red and the blue seven can even pay for one of a kind, which is where I see the biggest fault of the game.

7th Heaven can make frequent payouts that are small but it can throw in a surprise every now and then to keep you afloat until either one of the free spins bonuses triggers. The volatility level is medium and it reflects as such, however, I don’t remember seeing the gem bonus symbol during the free rounds, so I don’t think the game makes it possible to get more of those good winning outcomes for the gem symbols.

The bottom-line of this game is that the payouts can swing in both directions, low and big. If you can get over the bland design you can give it a try, but I don’t think there’ll be any returning customers for 7th Heaven.

Browse casinos with 7th Heaven and other slots from Betsoft. Create an account and try the game for free before making a deposit.

You can play 7th Heaven in English, Finnish, Swedish, German and 21 other languages. 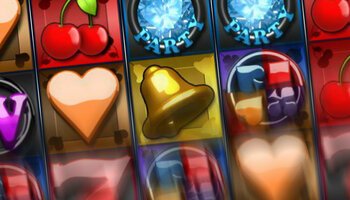