The truth is out there and it’s time you learn all about it with Kalamba’s Agent 51. This 5-reel, 3-row slot with 20 paylines will reveal what you have known to be true for a long, long time. Aliens are real and Agent 51 needs all the photographic evidence to prove it. You are tasked with helping him take shots of the sneaky aliens. Do this, and vast riches may appear.

Aliens and sci-fi seem to be a popular theme nowadays and being a huge X-Files fan I was more than looking forward to playing this slot. Agent 51 himself gives me strong Fox Mulder vibes, so I’m not complaining. The ambience takes you straight into the twilight zone. Whilst the slot has a slightly dark theme with eerie music the aliens have a fun-like appearance to them so it’s not as creepy as you may think.

But the unexplainable is waiting at every corner and your trusty camera will help you uncover the mysteries surrounding you. It’s this camera that will bring about some interesting wins in the K-Loops and bonus rounds. This game has interesting mechanics with the base game operating on loops of 10 rounds. During the spin you will be collecting photographic evidence of the alien then on the 10th spin, any alien uncovered expands creating the win.

There’s a total of 10 symbols in play together with the Polaroid camera (appearing only on the 3rd reel) and the Wild symbol which also works as a Scatter. During the bonus round the Wild is taken out of the equation and instead, you may see a UFO which brings with it an extra 2 spins with every occurrence.

The base game goes through 10 spin cycles called K-Loops. During spins, if the camera falls on the 3rd reel a shot is taken of an alien and is put on the bar on top of the reels called the Collection Meter. These are accumulation symbols and can also carry a random multiplier of x2 or x3. On the 10th spin, any of the accumulation symbols shown will expand to create wins anywhere on the reels. Lower paying symbols will only expand if there are 3 or more on the rows. Higher symbols will expand with just 2.

Three or more Wilds will trigger the bonus round with 8 free spins. In the beginning, a random symbol is selected and put into the Collection Meter. The game then continues as normal with the goal to collect as many aliens in the meter to increase the chances of wins on every spin. During the free spins, a UFO may also appear on the reels giving out 2 extra free spins.

With Kalamba games there is no need to wait for the scatters to come up in the gameplay as you can fast forward to the bonus round immediately. However, keep in mind that you have to pay a hefty amount to do so which varies according to how many spins you start with.

The volatility in Agent 51 is cranked up to full (that’s a 10 out of 10). I’ve experienced this when playing and it took me by surprise. Whilst on the base game, during the K-Loops feature I won a jaw-dropping 480x. I wasn’t expecting such a win from normal gameplay but it happened. This is probably one of the big pluses of the game. Although wins in the base game only go up to 1,600x (compared to the 5,593x potential win in the bonus round), this still balances out the game nicely, with good wins happening during both base and bonus games.

I didn’t even come near such a win during the bonus round where I only managed a 28x win. This was slightly disappointing after the K-Loops win but that gives away the true volatility of the slot.

There is no doubt this game will be a hit with the pro-players who will want to chase the big wins. And it’s a plus that the game balances the wins throughout all of the gameplay. And with such a fun theme and a relatively good RTP, I can see this slot being a hit with the casual players too who want to try out the games’ mechanics for a little bit of something different.

Browse casinos with Agent 51 and other slots from Kalamba Games. Create an account and try the game for free before making a deposit.

You can play Agent 51 in English, Finnish, Swedish, German and 9 other languages. 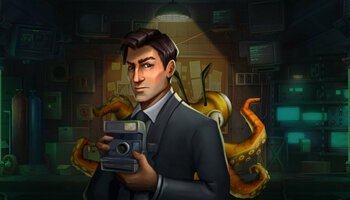