Arctic Valor is set in an icy cave while Nordic Valkyries do their dance of death for us. The game heavily features Norse mythology as well as a whole collection of animations. Players can meanwhile enjoy wilds, stacked symbols, free spins and a bonus game.

This slot was released in 2019 by newcomer Crazy Tooth Studio and it shows off their prowess in making attractive slots. The game is quite modern in the way it is presented, with a number of exciting animations that mostly revolve around the valkyries in the slot. The playing field is 6 reels and 4 rows big, offering plenty of room for the 4,096 paylines that players can get a win on.

Although the ice cave might not be the most obvious connection to Norse Mythology, it does give the game a unique look. There are a lot of deep blues in this slot, which contrasts well with the other bright colours. The Valkyries in the game have their own look as well, not only are the drawings different but they have their own associated colours. This helps with keeping things clear as the game continues.

It has a nice-sounding soundtrack that plays in the background, going from being rather soft and pleasant to more epic-sounding as there are bigger wins. They strike a good balance between it being overbearing and underwhelming in my experience. Even during the base game, the music is nice, which is different from other slots where it’s hidden behind the free spins mode.

Arctic Valor has a wide selection of symbols to fill up the playing field but the game still only has Medium Volatility. That means players won’t have to wait for any of the special features to activate to actually see any wins, although they do help. Instead, players are likely to see bigger wins during the base game as well but they won’t be as frequent.

In my experience, I would get regular wins pretty often which would compensate for one or two spins. The bigger wins would be much rarer but still happen often enough that they actually helped my funds stay balanced. I wasn’t making any big wins that put me in the positives either though.

The game is quite friendly towards both high-rollers and casual players, allowing them to pick a bet between £0.15 and £15 per spin. Although this might look like a rather low maximum bet, there is a max. win of 6,031x your bet which would compensate for that quite nicely. It has to be said that this is probably not the best game suited for high rollers but considering the Medium Volatility that was likely already clear for a lot of players.

There are quite a number of symbols in the game, including:

Arctic Valor has a small number of different features that will impact the game. It will also make it more likely to get multiple wins at a time, explaining the low payouts for a single win.

The icicles are a big part of the game but they are a bit tricky to understand as I found the explanation to be underwhelming. Icicles appear above every reel randomly and they can stack up to include up to 3 icicles connected to a single reel.

During the base game, these icicles can drop down randomly, turning a symbol into a stacked symbol, adding wilds or simply awarding a coin win to the player. There is no way to influence this and players will just watch to see what happens. This works much the same way during the free spins mode with the only difference being that icicles are guaranteed to drop each spin.

Arctic Valor is a nice looking slot made by a smaller developer that’s showing off its skills. The game looks amazing and has a tonne of animations, most of them centred around the Valkyries posing in different stances. The colours of the different valkyries were maybe a bit too similar which caused everything to blend together somewhat.

The gameplay was not quite as impressive even though it was still a lot of fun to play. The icicles feature was a nice addition to the standard gameplay but it could have used some better explanation. Even in the paytable, I struggled to understand exactly what they were meant to do.

I was glad to see the different features activated quite often, keeping the game feeling fresh and varied my entire playthrough. In the end, I even netted a small profit which is obviously always a nice thing to conclude things with.

Browse casinos with Arctic Valor and other slots from Crazy Tooth Studio. Create an account and try the game for free before making a deposit.

You can play Arctic Valor in English, Finnish, Swedish, German and 26 other languages. 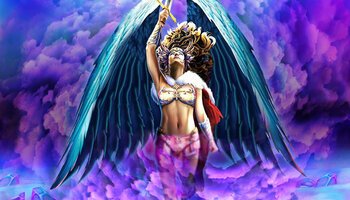