Asian Fortune is set in the Orient, where we are treated to a beautiful, mythical background and a slot with some simple but effective features that influence the gameplay in several ways.

The slot was developed by Asian-loving Red Tiger and released in 2018, making it one of their newer slots. This was actually quite a surprise since I didn’t think the slot looked very good. The colours of the symbols were very over the top, almost looking neon instead of normal. The background looked alright but was largely obscured by the 5-reel, 3-row playing field. The 8 paylines was rather low as well, especially considering the High Volatility.

It doesn’t stop there. The low-paying symbols in the game were very ugly, looking like Mahjong tiles but with card symbols on them. It should have been easy to make it fit somewhat into the Asian theme but apart from the font, it made no attempt to do so. All in all, the appearance of Asian Fortune hurt my eyes and I was not drawn into the setting at all.

The music is toned down, barely playing while the reels spin and only playing when there’s a win. Even then it’s only a short jingle and the sound of falling coins. The music isn’t even particularly oriental-sounding, using a standard collection of electronic rings instead.

There are quite a lot of symbols in Asian Fortune which is part of the reason why it has high volatility. The symbols aren’t particularly pretty to look at in my opinion, even the original high-paying ones. They look too extreme and its colour is very sharp, almost to the point of hurting my eyes. I’m not even sure that’s a stylistic choice or a miscalculation.

Because of the volatility, the payouts for each symbol with a five-of-a-kind is very high but it drops off quickly with shorter paylines. Still, where other slots have paylines that drop below the bet amount per spin, even the 10 symbol pays out 4x your bet with three-of-a-kind.

It should also be noted that the high-paying symbols, namely the Frog, Turtle and Elephant each already pay out with only 2 symbols on a payline.

Asian Fortune doesn’t have a lot of features and the ones that are present don’t do much to augment the game experience. Nonetheless, I found them to be able to impact the gameplay in significant ways.

The Wilds being combined with the Free Spins symbol is something I haven’t seen before and in some ways, it does make sense. At the same time, it was sometimes confusing. One of the pet peeves that came out of it was that getting 3 free spins symbols at the same time would negate any paylines that were created with them acting as Wilds.

Once the Free Spins feature triggered, I’d see two dragons breathe fire and increasing the counter for the number of free spins. This would usually end up with more than 10 free spins but it was random. Once the Free Spins mode began any extra Free Spins symbols would act as Wilds but could also have their own value when part of a payline.

The other feature that activated during the Free Spins mode was the Expanding Symbols. This is shown by the appearance of golden symbols that can expand themselves vertically up or down a reel. These symbols were always the same during a spin, meaning it could result in a big win if enough expanding symbols appeared.

In my experience, the Free Spins mode was the only real opportunity to make any kind of serious wins, as the features in this mode, were specifically made to benefit the players. In contrast, the rest of the game hardly catered to the player at all and I found it to be a freefall of my funds as long as I couldn’t activate this mode.

Asian Fortune seems one of the simpler attempts by Red Tiger to deliver an engaging slot. The graphics were a little too garish for me, with very bright colours that didn’t vibe very well with the setting. The animations were toned down and the music was also not anything to write home about.

The high volatility made it dangerous to bet too high, with players choosing a bet between £0.20 and £40 per spin. The prospect of a max. win of 1,111x your bet was appealing but seemed to rely on several things going right. It’s also only possible to hit this jackpot inside the free spins mode.

If you’re a player that doesn’t care much about the look of a slot and is mostly interested in games with extreme volatility, you’ll probably enjoy Asian Fortune. It’s a slot that’s not for the faint of heart as the only way to get any big wins is during the Free Spins mode and even then it’s not guaranteed. Players that keep a very close watch on their funds might do well in this game but casual players should do well to keep their distance.

Browse casinos with Asian Fortune and other slots from Red Tiger. Create an account and try the game for free before making a deposit.

You can play Asian Fortune in English, Finnish, Swedish, German and 18 other languages. 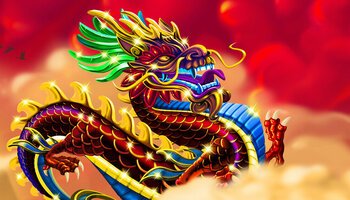