Attack of the Zombies slot review

Play Attack of the Zombies

Attack of the Zombies brings the living dead to roam the streets of London. In the slot game, which was released by Genesis in 2016, a league of ladies take a stand when the corpses start digging their way out of the graves. Join Isabelle, Danielle, Alice and Stephane, and help the zombies return to the mausoleums and coffins!

This zombie-themed slot is made with awesome visuals and it’s easy to play, so it’s very friendly to newbies. However, it’s in fact so simple that experienced players can easily grow bored. The base game doesn’t have anything interesting going on and the only thing spicing things up are the free spins. But, if you’re a fan of a nice horror artwork and especially love comic-style zombies, check this one out.

I have to start with the music of the game. It’s. Way. Too. Much. The background music is just shambolic with guitar playing, zombies gurgling, wolves howling and crows cawing. And the sound effects are absolutely constant and almost the same level as the music. Together with the sounds of reels and buttons, it’s all too much and I turned the audio off almost instantly.

But I genuinely love the artwork here. The zombies and the heroines all have a unique design and I love the style of the zombies. The background has a stone mausoleum and the reels are rolling between the bars of the cemetery’s iron fence. Sadly, the low-value symbols (zombies) are just a bit too similar and it makes it hard for the player to read the game and winning paylines.

Attack of the zombies has five reels, three rows and a maximum of 50 paylines going from left to right. You may adjust the bet to your liking, as well as adjust the number of active paylines. Of course, the best chances of winning are when all betlines are in use.

During the free spins, the heroines of the game have all been infected with the zombie virus. It takes one dose of antidote for each of them to turn back to a living, breathing human - and until that happens, you get to play free spins.

The antidote symbol can only be seen on the third reel. When it shows up, it automatically cures one of the heroines, turning her to a Wild at the same time. The cured humans stay as Wilds until the end of the free spins.

When the last heroine is cured, you get one last spin before returning back to the base game.

Free spins can not be re-triggered.

The game was released in 2016 and even then it was already doomed to fall behind the shadows of other games. It’s just too basic which is a shame, because I really do love the art style and the general theme of it. Now, it’s just a mixed bag with too many bad-tasting candies.

I like the freedom of choosing the number of active paylines, even though for me it’s a bit irrelevant as I always play with full force. But, these games are good for when you need to play those single pennies as there are not many games allowing you to bet under 10p.

But, Attack of the Zombies did get boring fairly quickly. Classic slots have their charisma, but somehow I did expect more from a horror-themed game. More action, more excitement and, in fact, more of everything. Except for music.

I would like to see this game re-released with better audio and more features. If this ever happens, I’m sure to be with the first ones to play it.

Play Attack of the Zombies for free

Browse casinos with Attack of the Zombies and other slots from Genesis. Create an account and try the game for free before making a deposit.

You can play Attack of the Zombies in English, Chinese 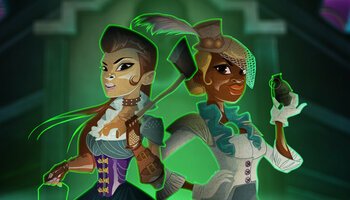