Aureus is a slot that takes us back into Roman mythology where the god Jupiter resides on Mount Olympus. Players are invited to join him as they play on this non-standard slot featuring unique paylines, re-spins and multipliers.

Another slot that was developed by up and coming Crazy Tooth Studio who have been releasing games pretty frequently in the last few months. This slot was made public in 2021 and shows off their ability to think outside of the box as well as their unique and exciting appearances. This game features a 3-row, 5-reel playing field but does not calculate wins the way we’re used to.

This is done through a number of different brackets that appear on the screen. All the symbols on the screen have a coin value on them. If the ‘opening’ and ‘closing’ brackets line up exactly, all tiles in between will be added together and the total coin win awarded. In a way, this means that we are still working with paylines, but they can appear anywhere on the screen and can even be only a single tile.

Obviously, doing things this way will likely either confuse or annoy players as it is rather poorly explained in the game itself. When I went through the paytable I got a better idea of what was happening but I don’t imagine a lot of people will think of reading it all. There are other features that are associated with this system, including wilds and re-spins that will increase the likelihood of a win.

Aureus doesn’t really have symbols the same way that other slots have them. The game is filled with literal coins that are either copper, silver or gold. Each of them has a number printed on them which is the total coin value. Once there are brackets on either side of a symbol, that coin win is awarded to the player. This can be one symbol or 12 symbols or anything in between.

When it comes to its difficulty, the game is listed as Medium Volatility. The game heavily relies on the brackets dropping onto the screen and this can just as easily mean no win, a small win, or a large win. Just like in other slots players can augment their bets, changing it to between £0.20 and £80 per spin.

Obviously, a slot like this also has a jackpot and players can look forward to a maximum win of 2,431x your bet which is what I would consider average for a medium volatility slot. I found this game to award wins quite frequently and they would often be enough to pay back a few spins but my funds would still stay pretty even. I managed to get a big win during a re-spins mode and that helped me stay in the positives a bit more.

The game uses only a small number of symbols and they don’t work the same way. As said, each of them has its own random coin value printed on it. Instead, we can see what the different symbols have to offer to the game:

Aureus looks rather complicated at first glance but once you get a hang of the gameplay loop it’s not that much harder than a regular slot. You could visualise it like this: instead of the reels spinning onto the paylines, it’s the paylines that are spinning onto the reels. Getting two brackets to line up exactly is the only way to get a win and it’s also the trickiest thing to do. As such, there are some features that are in play:

Everything comes down to getting a symbol between two brackets. When that happens, everything in between is activated. This usually means that the coin values are awarded, but if there are any special symbols present they are activated. Possibilities include multipliers, re-spins and upgraded symbols.

Aureus is a perfect slot for people who are looking for something new while still trying to stay a little close to the slot gameplay. Even though it seems to be completely different, the game still feels like a regular slot. Instead of getting the symbols to land on a payline, you’re trying to get a payline to land on symbols.

It’s a rather simple concept that takes some getting used to, but once it clicked I really enjoyed it. I think it’s also an excellent example of the type of slot we can expect from this new studio. The game looks great, reminding me of 1990’s Disney movies in its appearance.

Maybe the weakest part of the slot is the paytable, as it just shows a big long list of its features with little visual aides. This makes it a bit of a chore to work through for people that are looking to do some research before jumping in. I would recommend just starting to play and it will become more obvious soon enough.

Browse casinos with Aureus and other slots from Crazy Tooth Studio. Create an account and try the game for free before making a deposit.

You can play Aureus in English, Finnish, Swedish, German and 26 other languages. 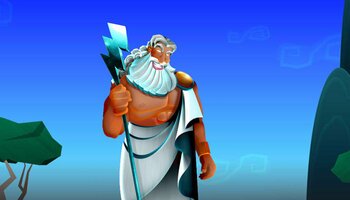