Anyone that has an eye for precision and mechanical engineering will be drawn to the cogs and springs of the BARs & 7s slot. This is a unique three-reel game that can work up a thrilling adventure, despite having only two symbols on the paytable.

The maximum win potential may not be much (40x from any single spin) but in my experience, BARs & 7s have generated wins on multiple paylines, and this isn't such a rare occurrence.

At first, playing the game may feel like you are playing tic tac toe. I thought it nonsensical to play a slot that only has two symbols, however, that impression went away once I got into the fine details and moving parts.

Wazdan has done a nice job in creating a well-rounded game that is complete with animated symbols and flowing gameplay. The background is a mechanism of turning cogs and traction belts that power bizarre bulbs and coils. In terms of graphic design, the game has it all for a pleasurable slots experience, minus the sound, which I found intrusive and, shall I say, ‘mechanical.’

I didn’t expect to find any extra features in this game. The two-symbol paytable just doesn’t leave any room for a scatter symbol or a wild, and these would have disrupted the concept of the game.

Nevertheless, Wazdan has a standard set of options on its productions that can be utilised in the gameplay.

The game can make payouts across eight paylines. Usually, three-reel slots don’t ring-up wins for a vertical stack of symbols, so I was surprised that BARs & 7s do that for all three reels.

Win outcomes are generated with three matching symbols and with each spin, the reels bring about iterations of these two symbols and blank positions.

Winning one payline with either symbol results in a prize of 1x your bet. The game adds +1 on as the bet multiplier for each additional payline win, up to four. Wins consisting of five, six and eight paylines result in payouts of 8x, 16x and 40x your bet.

All this makes for a rather straightforward game that I’ve come to enjoy playing. Maximum wins of 40x may not be so appealing to players who like high win potential games, but on the other hand, this is an outcome that is more realistic than anticipating a maximum exposure of 5000x or 1000x to hit.

Browse casinos with Bars & 7s and other slots from Wazdan. Create an account and try the game for free before making a deposit.

You can play Bars & 7s in English, German, French, Spanish and 5 other languages. 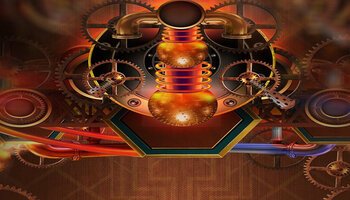