The legendary film from 1992 has gotten its own slot. Feel the exciting suspense and grab the huge progressive jackpot.

Basic Instinct, starring Sharon Stone and Michael Douglas, was a massive box office hit when it came out. iSoftBet released the slot version in 2018, and it is actually a bit surprising that it took 26 years to get one.

The slot is filled with every possible detail that could be put in it. It is obvious that this is a film slot and that is the biggest draw. There are a few clever features, but you can’t really call this slot groundbreaking.

There is one thing that needs to be pointed out. This slot has a massive RTP of 97.99%, which is much higher than usual. Add in some high volatility gameplay and a progressive jackpot and you got yourself a thriller of a slot.

The ominous city skyline, fast cars, dark night and the face of Sharon Stone really set the mood here. It is fairly obvious that this slot is based on Basic Instinct, and even if you haven’t seen the film, it’s not that hard to guess what it is about.

The developers have picked the most well-known aspects of the film and put them all in here. I do like the fact that even though it might seem like a hodgepodge of police gear and murder weapons, they all share the same style. Everything from the symbols to the backgrounds all in line.

The sounds are, unfortunately, not so great. The sound effects work and the music could be good, but it is done in a way that is just plain bad. The music only plays when the reels are spinning and that is about two seconds if you play slowly. There is no way to keep it playing continuously and the faster you play, the more chopped it sounds. It doesn’t even continue where it stopped but starts from a few different pre-selected spots.

I like the visual side enough to give this slot a good grade. The sounds can be turned off, which is a saving grace.

The reels are filled with drama and excitement. The metallic card numbers reflect the city’s skyline, the murder weapons and police equipment on the high-tier symbols, and the suspect herself as the special wilds.

The unique feature of the slot is the special wilds. There are three different ones, Wild Drop, Free Spin Wild and Bonus Wild, which all can activate their own special feature. This will happen if the wild is fully visible on the reel. If it’s only partially visible, then it turns into regular wild symbols.

The slot is surprisingly balanced when it comes to the pay structure. The slot has high volatility, but you actually can get good wins in the base game. I was able to keep my bankroll high even when I didn’t get a big hit from the free spins. The Free Spins is the big-ticket feature and also the rarest of them.

There is also a progressive jackpot, which is a bit different than in other games. This jackpot scales down with the coin value. So, if you play for higher stakes, then you get a bigger jackpot.

Basic Instinct has a whopping 243 paylines. Even though it sounds like an arbitrary number, it actually means that every possible combination is a payline. Just as long as you get the same symbol on the first three reels, there is a payline for it.

The slot has a progressive jackpot, that seeds at one million pounds. There is a little catch though. The jackpot you win is relative to the coin value you are playing on. If you play with £10 coin value, then it’s the full million, but if you use £1 coin, it’s only 100,000 and so on all the way down to £1,000.

Some casinos will limit the maximum coin value to £1, so the jackpot is also permanently smaller. Jackpots are unique to each casino, as this is not a networked pot.

Wild Drop symbol is a kind of a sticky wild. If one shows up in full on one of the reels, it will stick to the reel and drop down one square per spin. On the next spin, you have two wilds visible and on the spin after that, you get one wild.

The Free Spins Wild is just what the name implies. If you get a fully visible one on your reel, you get free spins. The amount of free spins is random and can be anything between 25 and 50 spins. The Wild Drop is the only special symbol that shows up during the Free Spins feature.

Free Spins Wild will only show up on reel 3.

Here we go, the famous interrogation scene with a bit less legwork from Sharon Stone. Here we only get a still image and not the actual leg raise.

The Bonus Wild will activate the bonus feature, where you can gather cash prizes from behind mystery doors. You can either get a cash sum, a pair of handcuffs that end the bonus or a revolver. The revolver only rarely shows up, but getting it will win you the progressive jackpot.

Bonus Wild only appears on reel 3.

Film-based slots are always slightly concerning. Is the slot good enough to work without the theme, or is the theme the only reason why you would play this game? In the case of Basic Instinct, we are balancing on the fence.

This is a decent slot with a few interesting features. On the other hand, the theme is played heavily and if you don’t like the film, you won’t like the slot.

To me, this slot is worth the time. I’m not the biggest fan of the film, but it doesn’t bother me. This means that the slot has to stand on its own merits to impress me, and that it does. I like the special wilds, I enjoy the different features, but mostly I love how the pay structure works.

Normally when you see a high volatility slot with a high RTP and a progressive jackpot, you are going to have a rough ride. Either you win big or get nothing. That is not the case with Basic Instinct. Here you actually have a chance of winning without being super lucky, and that is a big thing for me.

Browse casinos with Basic Instinct and other slots from iSoftbet. Create an account and try the game for free before making a deposit.

You can play Basic Instinct in English, Finnish, Swedish, German and 23 other languages. 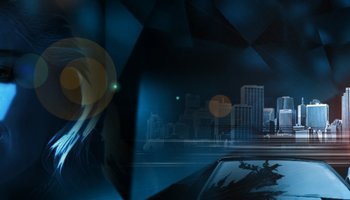