Beast of Wealth is part of a series of slots, all with the Wealth theme. This slot focuses on the wealth given by different animals, with features that include 4 jackpots, a free spins mode and random bonus symbols.

The slot was developed by Play ‘n GO, showing off their graphical abilities in this 2020 game. The images are all incredibly crisp with a number of different animations. The background shows us that we’re in an Asian temple, high above the clouds. Small movements make it feel more alive, like lanterns swaying in the wind or little sprites flying around.

The game has original symbols that fit the theme, making them look like animal masks. When they’re on the 5-reel, 3-row playing field on any of the 243 Ways To Win they will play a quick animation where they roar or breathe fire. The low-paying symbols are unfortunately rather simple and boring card letters that don’t get the same treatment.

Something I’ve come to expect from this developer is nice-sounding but ultimately rather boring music. The Asian theme is obviously very prominent here with a lot of classic sounds. The sound effects are made to fit the theme in the same way but it doesn’t do anything new. Not that it’s a bad thing, but I wouldn’t consider it something noteworthy either.

The symbols in Beast of Wealth aren’t going to surprise or confuse anyone. The colour scheme is very distinct, making it easy to see which symbols are going to be part of a win line. The animations that play are brief to keep the speed of the game high.

You’ll find the following symbols in the slot:

The game is listed as having High Volatility which does fit the large number of symbols and the low payouts. You are counting on the special features to trigger big wins, with especially the 4 jackpots being an important element of that. During my time playing, I had a steady drop in my funds with only a very occasional boost by winning some free spins.

The features in Beast of Wealth are similar to the ones in the other Wealth slots. They give the player some opportunities to get a big win but they’re not visible enough to feel like an important part of the gameplay.

You’ll be mostly confronted with the 243 Ways To Win as that is active during the base game and the free spins mode. This helps create wins but due to the low payouts, this is also rendered pretty useless. Only getting a number of wins at the same time is really beneficial to the player.

In my experience, the free spins mode was a source of wins but they weren’t always very big and didn’t often award enough to make back the coins I spent on getting there. This felt rather disappointing.

Players can pick a bet between £0.10 and £100 per spin, which is standard for Play ‘n GO slots. The max. win of 5,000x your win is also something that a lot of these games offer and it is definitely a good amount. However, this will require the player to hit the biggest jackpot.

Beast of Wealth feels like it’s part of a series, which it is. The graphics are great but also very unoriginal, with the same to be said about the sounds. It feels rather derivative and like it has done before, not just in general but by Play ‘n GO itself.

Players that enjoy the standard slot experience will have a good time playing Beast of Wealth. The features aren’t very original but do offer some changes to the gameplay. Most of it is centred around the free spins mode which triggered quite frequently in my experience.

If you are looking for something more experimental, Beast of Wealth won’t offer the right combination of gameplay and features. The features will feel familiar to anyone but the newest players, and the playing field is also a standard size.

Play Beast of Wealth for free

Browse casinos with Beast of Wealth and other slots from Play'n GO. Create an account and try the game for free before making a deposit.

You can play Beast of Wealth in English, Finnish, Swedish, German and 30 other languages. 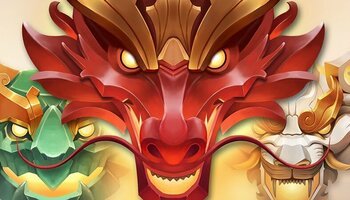