Beauty and the Beast could be one of the most famous fairytales in the world. Yggdrasil decided to turn it into a slot and I can’t wait to tell you about it!

Released in 2017, Beauty and the Beast is one of the most beautiful slots I’ve played so far. The drawings are not only well done and sharp, but they also fit the theme perfectly. Add to that a maximum win of 1000x your bet and it makes it very enticing for me to stay in the castle for a while.

Beauty and the Beast is a ‘standard’ 5 reels, 3 rows and 20-paylines slot. There is plenty of room to show off the different symbols and enjoy the beautiful background that shows the interior of a fantasy castle. Players can choose a bet between £0.20 and £250 per spin.

I found the symbols to be easily distinguishable and fitting. Whenever you get a payline, all the different characters have their own brief animation.

Fairytales are a popular subject matter for many slots. Famous ones include Jack & The Beanstalk by Netent and Big Bad Wolf by Quickspin. One thing that struck me is that the developers usually choose a rather whimsical and cartoony style for these games. Although that definitely makes sense, I think the choice for a more realistic and grounded style here fits the story of Beauty and the Beast better.

In case you haven’t looked at the slot yet, this is not a game based on the classic Disney movie. Instead, Yggdrasil took the original fairy tale and made it their own. I found the Beast to look sufficiently scary for once, making it more believable he’d have trouble getting Belle to fall in love with him. Meanwhile, the different servants were not turned into living furniture but are ghostly instead.

The symbols in this game are, from highest to lowest:

There are several features in Beauty and the Beast that appear in different ways:

The special characters randomly give their allotted bonus in the base game for one spin before they disappear. It was nice to see but I didn’t really get much out of it, either in the way of wins or a sense of excitement.

The Golden Bet requires a quick separate list. The Golden Bet features can be enabled and disabled at will, and it’s possible to switch between them at any point as well. The different options are:

I think this slot has a very fitting style where the graphics and the soundtrack work together to keep me in a fairytale mood. The different features keep the slot engaging and with medium volatility, it means there is a steady stream of average wins to keep me entertained.

The Beauty and the Beast slot is very easy to get into, not requiring you to read through the information screen to figure out how the Features work as some slots do. Instead, it introduces these elements organically while playing.

The Golden Bet feature let me augment my bet quite significantly, adding an extra bonus when I felt it needed some more excitement. This paid off especially with the ability to choose 2 features instead of only 1 during the Free Spins mode. However, deciding to use it is a choice every player has to make for themselves since it does bump up the cost per spin quite a lot.

Play Beauty & The Beast for free

Browse casinos with Beauty & The Beast and other slots from Yggdrasil. Create an account and try the game for free before making a deposit.

You can play Beauty & The Beast in English, Finnish, Swedish, German and 18 other languages. 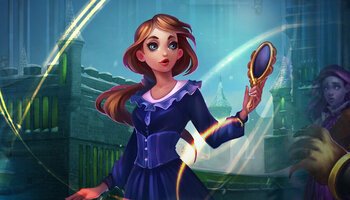