Grab your pick-axe and get digging for gems. The mother-load awaits in this massive Megaways slot with 117,649 paylines.

Bonanza was released in the winter of 2016 and boy, was it a hit. Big Time Gaming was not a well-known developer before this, but everyone knew their name after Bonanza came out. The Megaways feature and the big wins got players’ attention.

Bonanza was not the first slot to have the Megaways feature, but it sure was the most popular. Dragon Born, which was released earlier the same year, wasn’t able to pull in the crowds like Bonanza did.

Big Time Gaming has started to license out the Megaways trademark for other developers to use. This is the reason why we now have such amazing slots like Piggy Riches Megaways and Gonzo’s Quest Megaways.

This is the elephant in the room and we need to get it out of the way. This game doesn’t look or sound good. It has a clear theme, but it was made in that early 3D style, which didn’t look good when it was new. Time hasn’t done any favours to Bonanza and I can understand why people would just skip this slot.

What is good is the theme. Mining precious gems and finding that mother-load is a good idea for a high-volatility slot. They should have just gone with a timeless hand-drawn look.

Then there is the music. Oh lord, the music. I don’t know if I have ever muted a game faster than this. I’ll just start by saying that the music is thematic and if you like the theme, then you might like the music as well. That being said, it is very aggressive banjo music that would wake a dead prospector. To put it kindly: it’s not for me.

The symbols fit the game’s theme surprisingly well, even the low-tier card numbers. They just happen to be gold-embossed versions of the same jewels that are the high-tier symbols.

The slot has two special symbols, a dynamite wild and a gold bar scatter. The scatters have letters and if you spell the GOLD, then you activate the Free Spin feature.

Bonanza has a Cascade feature, which means that all the winning symbols are removed from the reels and new ones fall down in their place. These new symbols can make new winning combinations and so on.

There is just one problem with the layout of the reels. The top row is actually a separate mine cart that doesn’t fall down but instead moves sideways. This is really confusing and it is hard to see which symbols are going to go where.

Because of the Cascade mechanic, you have a chance of getting a decent win in the base game. You still want to activate those free spins, as that’s where the bonanza is. Just start the spins and watch the multiplier grow and grow.

Megaways is a fantastic invention from Big Time Gaming. It varies the number of symbols that can fit to a reel and then counts all the possible paylines that those symbols can have. That is then your Megaways count for the spin.

This can be a bit confusing at first, but it’s actually very easy. Just remember that the more symbols you get, the better it is. The size of the symbol doesn’t matter at all, so you just simply want as many symbols on a reel as you can get.

Every time you get a win the round will go on. The winning symbols are removed from the reels and new ones fall in their place. Those new symbols can then create new winning combinations and the cycle will continue.

The golden scatters have letters on them and if you get the word GOLD on the screen, you have activated the Free Spin feature. You start with 12 spins and every scatter symbol after the four will give you 5 more spins.

During the spins, the scatters are replaced with a cart of gold bars. They will give you extra spins if you get enough of them at once. Three will give you 5 spins and four will give you 10.

The big deal about the free spins is their multiplier. Every single reaction you create will increase your multiplier by one. The multiplier will not reset during the free spins and it doesn’t have a cap. This is the reason why I, and so many others, love this slot.

Bonanza was a major hit when it came out and I too was a big fan. Everyone knew that this is the slot that you play if you want to shoot for the stars. Other developers noticed this and the competition has grown fiercer. I used to play a lot of Bonanza when it came out, but I have gone back less frequently. There are new Megaways slots available and other games with big wins, so Bonanza doesn’t feel that special any more.

The biggest weakness Bonanza has is its appearance. This is also a thing that only gets worse as the years go by. Older players have started to move on and new players are not picking it up just because it looks dated. I can’t say I like the look, and after seeing how the Megaways treatment looked on NetEnt’s slots, it is hard to go back.

I still say that this is a great slot. If you haven’t played it yet, then you should go and fix that. This is one of those games that everyone should know and have tried at least once in their life.

Browse casinos with Bonanza and other slots from Big Time Gaming. Create an account and try the game for free before making a deposit.

You can play Bonanza in English, Swedish 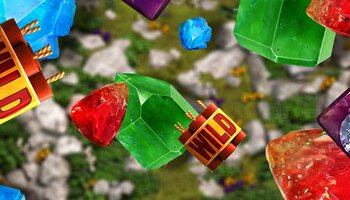