Book of Gold: Symbol Choice is a slot that brings us down below the desert sands to see if we can find the Egyptian Book of Gold. This slot is an adaptation of the original, featuring free spins, Wilds and the ability to pick a symbol as a special expanding symbol during the free spins mode.

Although the title of this Playson slot is quite vague, the game is firmly set in Ancient Egypt. In the background of the 5-reel, 3-row slot we can see a series of statues based on their gods. The symbols themselves also don’t leave much to the imagination, even though the low-paying symbols are based on card letters.

The graphics, in general, look great. Everything is sharp and drawn in high detail without becoming too overbearing. There aren’t a lot of animations though, with wins just lighting up one of the 10 paylines that the game has. As a slot that was released in 2019, it shouldn’t be too surprising that the game has some excellent graphics though, especially not from this studio.

With regards to the music, you won’t really be surprised by the choices that were made but that doesn’t mean it’s not good sound design. The music has the expected Egyptian tone without being completely derivative. The sound effects are somewhat original without breaking from the setting. All in all, I found it to be acceptable enough.

Book of Gold: Symbol Choice has a pretty big number of symbols, which combined with the low number of paylines results in High Volatility for the game. You’ll most likely make the biggest wins during the free spins mode which I will talk about later on. The gameplay is simple and the symbols really don’t have much of an added value except for those that represent the different features.

You’ll encounter the following symbols in the game:

To compensate for the high volatility each win will pay out quite hefty, which can result in some spectacular wins. Don’t count on it though, the high number of different symbols makes it unlikely that any win will appear on the screen. Also, something to keep in mind is the fact that the base game has no Wilds.

Book of Gold: Symbol Choice keeps things relatively simple when it comes to the features. As the name implies it has a special feature that lets the player choose a symbol. We’ll get into that in a little bit.

First off, a quick overview of the different features.

The base game is extremely simple with only the Scatter symbol appearing to change up the gameplay. What is nice is that activating the free spins mode means you will have at least three Scatter symbols on the screen, which will automatically count as a win as well.

The real game doesn’t start until you get the free spins mode to activate, which isn’t too difficult to do without it becoming commonplace. Getting enough Scatters seems easier during the Free Spins mode, as triggering additional spins happened a lot for me. Starting with 10, it wasn’t uncommon for me to end up with 30 or more spins during this mode.

Before the mode starts, players get to pick one of the standard symbols. This symbol will count as a special symbol for the free spins mode. Whenever it appears on the screen and is part of a win, it will expand to fill the reel after collecting the win. Then, the expanded symbols will be counted towards whatever payline they are on, regardless of their position on the screen.

This doesn’t make them Scatters but it will make a win a lot easier. Having a stacked reel on reel 1 and 5, for example, will still be enough to be awarded a win. This can result in some hefty wins and in general, I found the free spins mode the prime source for big wins.

Book of Gold: Symbol Choice is in most regards a very simple slot. The graphics are nice but without a lot of animations or details, the music is fine but rather uninspired. The setting is obviously quite overused. Even the features seem rather bland.

But when we take a look at how the game actually plays, I was pleasantly surprised. The simplicity of the slot doesn’t make it any more lucrative whenever it hits the free spins mode. Players can even pick a bet between £0.20 and £100 if they want to augment the outcome.

People who give this slot a try have a max. win of 4,088x your bet to look forward to, but you don’t even have to hit this jackpot to possibly come out on top. In general, a very enjoyable slot for players that either like high volatility gameplay or a focus on the classic gameplay.

Browse casinos with Book of Gold: Symbol Choice and other slots from Playson. Create an account and try the game for free before making a deposit.

You can play Book of Gold: Symbol Choice in English, Finnish, Swedish, German and 17 other languages. 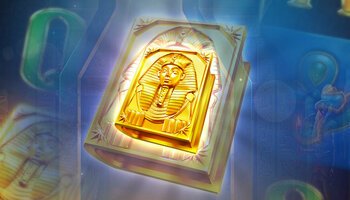