Butterfly Staxx 2 is the successor to the popular NetEnt slot Butterfly Staxx. Again, we’ll see how its butterflies can help us in getting some wins!

Developed by NetEnt and released in 2019, Butterfly Staxx 2 is one of the newest games to join their games library. Unfortunately, the graphics don’t really show this. The graphics are very simple and look pretty flat. I did like the animations that play when a symbol is part of a payline, even though those were also very simple.

The game has a standard 5-reel, 4-row playing field during the base game. The special Butterfly Spins mode adds another 1 or 2 playing fields but these are the same size. The background shows us being inside an old castle or tower with vines growing up the sides. Behind the reels, we can see rolling hills covered with trees, an excellent environment for butterflies to live.

In the base game, there are 40 paylines. When you get the leftmost reels filled with butterfly symbols, however, another playing field is added. This can happen twice, which means you’ll effectively have 120 paylines to play with. I found this to be shown organically and was pretty obvious once I played for a while.

The game has a standard assortment of symbols. As I mentioned before, I didn’t find them to be very high quality with flat art styles and little variety. However, it all looks sharp and is slightly animated.

I found the value difference between high-paying and low-paying symbols to be minimal, which in my opinion is a good thing. Now, any win will be appreciated. Unlike in other slots where low-paying symbols are almost inconsequential.

Even though the game has a simple, toned-down appearance it has quite a lot of features. Since it’s a NetEnt slot, I suppose that’s to be expected. If you’re not familiar with the original Butterfly Staxx I’ll go over all the features:

There are a few base mechanics that I’d need to explain for all this to make sense. Even though there are Wilds in the game, the Butterfly Symbol is the most important in the game. Butterfly Symbols can show up during playing as regular symbols, but they change when they show up on a stacked reel.

This additional playing field can be triggered another time when the second playing field also has reels 1 and 2 completely filled with Butterfly Symbols. What this effectively means is that it is much more likely at least 1 Butterfly Symbol will appear on at least 1 of these playing fields, triggering more re-spins. Although it sounds complicated, the game keeps it very obvious, with the 3 screens next to each other so you can see all of them at the same time.

Finally, there were the Scatter Symbols. Getting 3 on the screen at the same time would trigger the bonus feature. When that happened, I was given the choice between playing the Butterfly Spins mode and the Butterfly Frenzy mode.

The Butterfly Spins mode instantly activated 3 playing fields and added Butterfly Symbols to all first reels. Then the game was filled with Cocoon Symbols. These could be active and spawn Butterflies, or inactive in which case nothing happened. Again, the game re-spun as long as new Butterfly Symbols were added to the game. I found this mode to be pretty lucrative but also very passive as it was just a matter of waiting to see if Butterfly Symbols show up.

Then there was the Butterfly Frenzy bonus game. This was quite a departure from the rest of the game. In Butterfly Frenzy there are no reels, instead, we see butterflies fly across the screen. Starting with 10 picks, we click on a butterfly to show a coin value that is added to your total win. It’s also possible to reveal a Higher Stage bonus, in which we get another 10 clicks and the average coin value is increased. This can happen up to Stage 5 and a total of more than 50 clicks!

I found the Butterfly Frenzy bonus game to be very good for my funds, but it’s obviously dependent on if you manage to get to Stage 5 with plenty of clicks left. In my experience, doing this can increase your funds by a lot but if you can’t, the Butterfly Spins mode is better. Unfortunately, there’s no way to tell how it will play out.

Butterfly Staxx 2 is maybe a little simple in its appearance and presentation but it offers a lot of gameplay instead. The features I found to be very enjoyable and also pretty unique, although it’s still clearly a sequel to Butterfly Staxx. If you’ve never played the original I would suggest you skip it altogether and give the sequel a try.

The different features were a big part of the game, triggering often and facilitating a variety of wins. That’s probably why it has a Low Volatility. The opportunity to pick a bet between £0.25 and £1,250 was a bit extreme however and I wouldn’t recommend betting as high as it can go.

I did find the wins to be quite large considering the volatility, especially during the different bonus games. The re-spin mechanic helped a lot in getting bigger wins, which also explains the lower coin value for wins but considering the high number of wins it all evened out in my head.

I definitely enjoyed Butterfly Staxx 2 even though it doesn’t offer much in terms of visual fidelity. The gameplay is the real draw here and it kept me engaged for a long time!

Browse casinos with Butterfly Staxx 2 and other slots from NetEnt. Create an account and try the game for free before making a deposit.

You can play Butterfly Staxx 2 in English, Finnish, Swedish, German and 20 other languages. 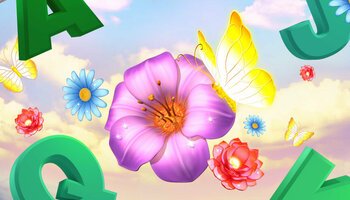