Thank goodness that these are butterflies and not moths because the latter wouldn't have fared well as part of the title of this amazing game by NetEnt.

Butterfly Staxx gives away the two defining features of this game: there are butterflies aplenty and they can form staxx, which goes to a specific effect in a game that can pay up to 25,000x your bet.

This is one of those games that I see available in a good share of online casinos, and every once in a while I can't resist giving it a chance to surprise me.

Flowers and butterflies are somewhat of an unlikely theme for an online slot, however, it has been created masterfully by NetEnt and made to offer a gaming experience on a unique idea.

The golden, shimmering butterflies tend to be the most ubiquitous symbol on the reel-set, but it occurs in the company of flowers and the royal cards' symbols.

NetEnt have given Butterfly Staxx a composed appearance, as the game's symbols are steady on the reel-set until they become part of a winning outcome.

But despite the placid appearance, I find the gameplay dynamic since each time a staxx of butterflies is formed on any of the reels, the game can go off on a roll of respins, which tend to result in wins that are at least two times greater than the wager.

Whether you like this game at the very start depends on the whim of the butterflies. These can interact with the wild symbol and lead to better wins on the respins. But this isn't all to the game, as there is a free spins feature.

It is typical of NetEnt to enable a wide range of coin values and bet levels on their slots. Butterfly Staxx is one such game that has the smallest coin value of one penny and £2.00 per a fixed Bet amount of 20 so that a coin value of 5p results in a total bet of £1.00.

Players who want to up the ante can increase the Bet Level in order to wager bigger amounts against the game.

Not surprisingly, I found the payouts to be on the weak side, however, this is balanced out by two key factors: the frequent appearance of butterfly staxx and low volatility. On yet another positive note, the theoretical RTP is 96.80%.

The category of high-paying symbols includes blue, purple and red flowers and the butterfly symbol. The latter pays 15x the bet stake for three, 30x for four and 60x for five symbols.

Minor symbols are jack, queen, king and ace; each kind pays the same, fixed amounts: 5x for three, 10x for four, and 20x your bet stake for five matching symbols.

There is a reason why Butterfly Staxx is still popular, so much so that I think it is more memorable than its sequel Butterfly Staxx 2. The butterflies make the game unpredictable, which goes both ways. At times a full stack results in more than one respin, and the winnings that come of it, while other times a stack doesn't pan out anything in return.

I find the free spins bonus quite enjoyable as the butterfly symbol is the only thing that can emerge from the cocoons, so there is always the possibility that each of the 20 positions gets populated by that symbol. With 40 paylines across the board, this is a great way to make outcomes with a big pay potential.

For closing thought, I would definitely keep Butterfly Staxx on the menu, not that I've ever tasted any in real life - nothing which a trip to a few specific countries wouldn't cure.

Browse casinos with Butterfly Staxx and other slots from NetEnt. Create an account and try the game for free before making a deposit.

You can play Butterfly Staxx in English, Finnish, Swedish, German and 20 other languages. 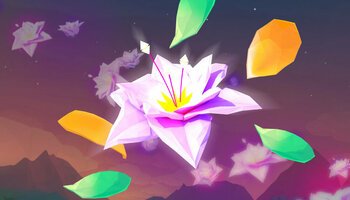