Cashomatic boils down the idea of the slot into an actual machine designed to hand out cash. If it really works out that way remains to be seen, but at least it has style!

This game presents us with a special kind of machine that reminded me of the old-school cash registers you would see in small stores decades ago. There are all sorts of clicking and moving parts and you can almost see the gears move in the background. Cashomatic was developed and released by NetEnt in 2019.

It features a 5-reel, 4-row playing field with 1,024 paylines. These paylines are only to start with, however, since after that avalanche re-spins take over and all similar symbols on the playing field are counted for the win. This is all presented in a stylistic way, where the symbols blink before the other symbols fade out and the blocks fall down.

All in all, Cashomatic looks simple and clean. The idea of a special kind of machine is original and it doesn’t detract from that idea with a vague concept like you’ll find in a fruit machine like Gift Shop or Inferno Star by Play ‘n GO. Instead, it reminded me more of NetEnt’s own Lost Relics but simplified.

There are little animations in the game but what is there creates enough movement to keep things interesting. The soundtrack is very upbeat and slightly oldfashioned which I felt fit the theme of a classic 1950’s machine that you could find in a pub or bar.

Cashomatic is filled with a series of rudimentary symbols that are all very colourful. They’re not complicated but their main purpose was to stand out from each other and they definitely do that.

As you can see, the payouts are very low even for five-of-a-kind. That’s of course because of the avalanche re-spins feature. This feature makes it more likely to get a five-of-a-kind as well as having multiple paylines generated by the re-spins.

Cashomatic keeps things relatively simple while still changing things up considerably. It took me a bit to figure out how the slot was supposed to work, especially concerning the Scatters and Multipliers. To start with, I’ll go over the features:

I found the Avalanche Re-Spins to be the easiest feature in the game to figure out. Whenever a symbol was on a winning payline it would drop down to the bottom of the reels while the other symbols vanished and were replaced. Getting more of the same symbol would increase the win. It could happen other symbols were also part of a winning payline and they’d then join the avalanche re-spins.

Getting the free spins mode was a little harder, considering I needed at least 10 scatter symbols. When a Scatter symbol appeared on screen it immediately dropped away to make room for another symbol. I found that it was likely it would be replaced by another Scatter symbol, sometimes 3 or 4 times in a row. Although that wasn’t enough to get to 10 Scatters, if there was avalanche re-spin it could increase the number of Scatters that way.

You can get more than 20 Scatters, and a Scatter is 1:1 with the number of free spins you get to play with. I would usually only make it to about 11 or 12, but it’s technically possible to get multitudes of that.

Once the free spins mode was activated, the number of scatters that triggered the mode determined the multiplier I played with. The more scatters, the higher the multiplier. All of this was explained poorly within the game and I had to try it out myself and read the paytable to get a grasp on it.

Cashomatic is a slot that takes from the idea of the classic slot machine and gives it a unique and ironically modern twist. Even though the basic gameplay is there, the avalanche re-spins, multipliers and scatter system are all deviations from the classic game experience.

If you’re a player like me that likes newer games, you’ll likely enjoy these innovations. The gameplay is solid, there is enough variation that kept me interested while staying close enough to the base slot experience not to be alienating. It walked the fine line between being recognizable and being innovative.

Players that are looking for a classic slot will be disappointed. The game has a number of features that didn’t exist very long ago and the implementation can be quite confusing. If you are the type of player that just wants to sit down and spin some reels, Cashomatic requires a little too much homework to get right.

With its High Volatility and the option to choose a bet between £0.20 and £100 per spin, I’d say this game is for players that like excitement and suspense. The prospect of a massive max. win of 102,400x your bet must be enough for some players to go all out but keep a close eye on your funds because they can shrink quickly.

Browse casinos with Cashomatic and other slots from NetEnt. Create an account and try the game for free before making a deposit.

You can play Cashomatic in English, Finnish, Swedish, German and 20 other languages. 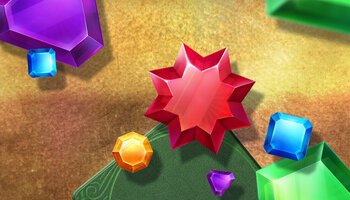