Cat Wilde in the Eclipse of the Sun God slot review

Play Cat Wilde in the Eclipse of the Sun God

Climbing up the stepped pyramid translates to getting cascading wins and win multipliers of up to 10x on Cat Wilde and the Eclipse of the Sun.

If you know Play'n GO games then you may be familiar with Cat Wilde - the female counterpart of Rich Wilde. Cat is out exploring the world again, this time in a Mayan setting that features awesome graphics and gameplay.

I've played this game several times and I don't think that I'll ever get bored of it. The layout may be a standard 3x5, but it comes with some added equipment that contributes to your gaming experience.

Cat Wilde and the Eclipse of the Sun has 20 fixed paylines, a cascading wins system of payouts and a maximum win potential of 5,550x your bet.

If you are looking for a more recent, spunkier alternative to Gonzo's Quest or Secrets of the Phoenix, this is the game you'd want to try.

I mentioned just above two slot games in the context of the game at hand. If you've played these classics you will notice that Play'n GO has done some liberal borrowing from the concept design of both of those games.

I am not going to vilify the company for that. On the contrary, I think Cat Wilde and the Eclipse of the Sun combines the best of Gonzo's Quest and Secrets of the Phoenix.

And therefore, I can find no fault with the design. The familiar iconography of the Maya/Aztec jungle theme has been given a fresh rework and it has been steeped in some quality animation.

Add the purely rhythmical audio track to the heap of design features and you've got a well-rounded online slot.

The game doesn't really abound in features. Play'n GO has kept it rather simple. You get a Wild and a Bonus symbol, which can scatter, meaning there is a single bonus feature.

That's not all, however, because a win multiplier gauge that boosts your win value for every concurrent win is part of the base game and free spins bonus.

The Bonus symbol is represented by a really cool, Ancient Aliens-like rendition of a half-crescent Moon.

I got an honest twang of excitement every time I saw this symbol, simply because it can take you to the free spins bonus where things get groovier than the usual.

You need three Bonus symbols to start with 10 free spins. If five Moon symbols land during the free rounds, the game awards you five extra spins. You can get up to 40 free spins in this way.

An additional for the free spins bonus is that the win multipliers come in better, bolder values. Each winning outcome raises the bar one notch.

If you get five winning outcomes in a straight cascade, you will reach the biggest value for the stage you are on.

Oh, right, there are stages too! Every time you get five Moon symbols and five extra spins Cat Wilde and the Eclipse of the Sun raises the win multiplier value.

I can say that this instalment of the Cat Wilde series has a paytable structure that is quite curious. Even though it can strike you as disappointing to see such low values, the overall effect isn't negative per se.

Take into consideration the fact that three matching card symbols can pay as little as 0.10x your bet or 0.35x at most. If you don't know the game's character and specs you would think playing it will amount to losing money by default.

That hasn't been the case in my experience because you can get winning combinations across the board.

I've had many long streaks of petty payouts and runs that were seriously impressive. After all, Cat Wilde and the Eclipse of the Sun is a medium volatility slot game and that's exactly what you can expect.

You can play the game with bets that can range between 0.20p and £100.00 per spin. The payouts are as follows:

Hands-down, Cat Wilde and the Eclipse of the Sun is a stellar game - because it is all about the celestial bodies, and that’s a pun intended.

I think most players are going to find the game likeable because the base game doesn’t leave you hanging from a precipice thanks to the win multipliers.

I’d give it all five stars but I’m going to be a bit of a grinch because of my high-nosed criteria and because Gonzo wants his quest back.

Browse casinos with Cat Wilde in the Eclipse of the Sun God and other slots from Play'n GO. Create an account and try the game for free before making a deposit.

You can play Cat Wilde in the Eclipse of the Sun God in English, Finnish, Swedish, German and 30 other languages. 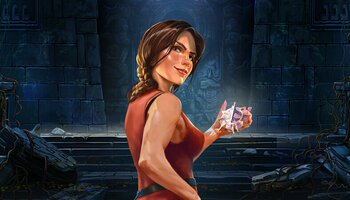