Chocolates is the very simple but effective title of this 2020 slot, where players are treated to a selection of tasty looking candies. The slot further features free spins and multiplier wilds that will surely help satisfy the player's appetite.

The game was developed and released by Big Time Gaming, a studio that has been delivering a wide variety of slots. This one is clearly based around the topic of chocolates, and the design of the game evoked a sense of Easter for me. Even though there aren’t any rabbits in the game, the intricate wooden house that the 4-reel, 4-row playing field is set against conjured that idea for me.

With such a strange playing field, the game also comes with a larger number of paylines. In fact, the total number of paylines can go from 256 bet lines to a massive 65,536. I’ll get more into that in the features section of this review. When it comes to the looks, the slot is not very impressive. The symbols look rather flat and are also very small. The background takes up more than half of the screen, meaning that there was a lot of room that could have been used by a larger playing field instead.

There are some animations present during the gameplay. We have various little wooden figurines moving across the bottom of the screen when a feature is triggered, including an old woman stirring a pot or a squirrel climbing a tree. What the relevance is to the chocolate theme is never really clear to me, perhaps it’s based on a particular country’s tradition.

Chocolates uses a rather standard collection of symbols. The low-paying symbols are rudimentary card letters used in almost exactly the same shape and colours in other Big Time Gaming slots. This lack of creativity isn’t the end of the world but it does show off how little time was spent designing the game. The higher-paying symbols are a bit more capable and represent the theme better. These are mostly different sizes and shapes of chocolates in colourful wrappings.

Gameplay-wise, the slot features High Volatility which translates into the occasional smaller win and the very rare big win. You will be required to play for quite a while to see any return on investment if you even get to see one at all. There are simply not a lot of ways to win a bigger coin win in this slot. To deal with this somewhat, players can pick a bet between £0.10 and £20 which is a rather small window compared to other slots.

If you’re wondering if it’s even worth it at this point, do keep in mind that the game has a sizable jackpot. There is a max. win of 65,536x your bet which will obviously be a huge win even when you’re playing the minimum size bet. The big obstacle is going to be actually winning it, of course!

Chocolates has a few unique features that are both immediately obvious and some that require the player to play for a while. Here is a short list of the most important ones:

During the base game, the most frequent feature players will be dealing with are the boxes. These hide between 2 and 4 chocolates in them, making it more likely for a win to be triggered. Calculating wins is done by seeing when there are 3 or 4 on a bet line and then awarding the win. If there are more symbols on that win line, they will be added up as a separate win.

I thought this was quite convoluted and complicated and didn’t really make sense. Especially because the paytable does a bad job at explaining exactly how a win is calculated, this makes it quite hard to figure out as a regular player. In short, there is a reason the game has high volatility since it will only rarely happen that you walk away with a win that’s higher than your bet.

One thing I did like is that activating the free spins mode isn’t impossible. It’s not something that happens frequently but you’ll see it happen often enough for it to feel like an important part of the game.

Chocolates has a simple title and a basic appearance but the gameplay is very different from what you’d expect from a standard slot. The background is original and well-made but seems largely disconnected from the theme and setting. I never really understood what the little wooden figurines had to do with chocolate either.

The gameplay is something that you’d expect from more experimental developers. The playing field is slightly different from what we’re used to, but the real change comes from the boxes. These add stacked symbols onto a tile, but the explanation on how wins are calculated is kept very vague. As such, players are sort of expected to just assume the slot will accurately tell them what they’ve won.

If you are looking for a slot that offers basic gameplay that we associate with normal slots, I would not recommend this game. Although I’ve seen the types of features included in this game before, I don’t think regular players will have an easy time getting used to it.

Browse casinos with Chocolates and other slots from Big Time Gaming. Create an account and try the game for free before making a deposit.

You can play Chocolates in English, Finnish, Swedish 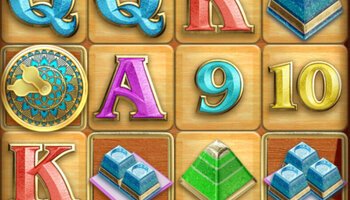