Is that a pouffe or a soft toy? No, it’s the aliens from Cluster Slide! Fasten your seat belts as we will shortly be landing in Jellyton, the planet inhabited by the cutest, fluffiest aliens. They are social creatures, but be careful as they are prone to a few cannibalistic tendencies and they are known to occasionally self-combust.

If you like Play’n GO’s Reactoonz then you will love Cluster Slide. It’s an 8-reel, 7-column slot with sliding symbols. When clusters of 5 or more land next to each other a win is registered, and the tiles disappear. The other tiles will slide from left to right into their place and new tiles are added. This goes on until no more winning clusters are forming.

This super colourful, fun slot comes with an amazing array of different Wilds that have different properties. There is also a Wild Drops bonus game and the trademarked X-iter feature which lets you jump straight into the action without having to grind through hundreds of spins.

There are 8 different characters in the game. The fluffy ones are the high-paying symbols whilst the shiny ones are the lower-paying ones. They are all incredibly cute, especially when a wild effect is triggered and a tile animation follows.

All winning combinations will contribute towards filling up the generator found on top of the grid. Once the meter reaches full capacity it will reward the player with extra feature wilds. As the generator fills, so does the multiplier.

There is a total of 5 feature wilds which all have different properties. The Big Wild will expand a tile to a 2x2 symbol. The Random Wild will replace between 2 and 4 symbols with wild symbols. The Multiplier Wild will automatically increase the multiplier by 1 and the Upgrading Wild will upgrade a low-paying symbol to a high-paying one. Finally, the Removing Wild will remove any one type of symbol from the grid.

If you’re not the patient type then Elk Studios have you covered with the X-iter feature. Skip straight to the excitement of the game by paying to enter 5 different game modes. These range from a 15x bet which will feature 3 drops with an x5 multiplier to the 300x Super Bonus round.

I love slots that look like 2D puzzle games and I knew this would be no different as soon as I pressed the first spin. The colourful palette and funky music make this slot pure joy to play. Then there is the high volatility which can create the monstrous 10,000x max win this slot has.

There’s a lot of fun to be had here and the continuous stream of Wilds will keep any player on the edge of their seats. Mind you, so will the high volatility. I had some spins on the base game that returned some good wins but these were very few. I also had to wait quite some time to enter the bonus round. And when I did I was only rewarded with a 43x win which was a bit disappointing considering I had spent double that to get in the bonus round.

However, Elk Studios have the X-iter feature that makes it a lot easier to get into the most exciting parts of the game. When replaying the bonus round (which I had to pay 100x for) I ended up with a 200x win. The clusters kept on coming and the 3x3 Wild drop even produced an Epic win.

Cluster Slide is one fun game! But don’t be deceived by the cutesy exterior, the volatility here is ready to bite your hand off.

Browse casinos with Cluster Slide and other slots from Elk. Create an account and try the game for free before making a deposit.

You can play Cluster Slide in English, Finnish, Swedish, German and 19 other languages. 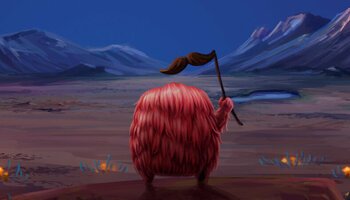