Contact shows us the first tentative contact between the player and some hidden tribe deep inside the South-American jungles. The game uses cascading reels and multipliers to reward you for venturing this far.

This beautiful slot was released in 2019 after being developed by Play ‘n GO. The game features a giant 5x7 playing field that uses cascading reels and cluster pays mechanics to generate wins. The entire slot is set deep in the jungle, showing ancient Mayan temples amongst the lush greenery. The playing field itself drops down between two barriers that show multipliers and various different bonuses.

I thought that the music sounded quite nice, but it was especially the sound-effects of the reels dropping down with a rumbling sense that helped the idea of rock tiles falling. The quality of the sound, in general, is quite high with everything sounded clear and suitably mysterious.

The symbols in Contact are all original for the slot, even though I have seen the concept of Mayan symbols before. Still, this game has ones that haven’t been used in other slots. The low-paying symbols are made to look like abstract animals that the citizens of this hidden civilisation might be familiar with. Meanwhile, the high-paying symbols are masks in different colours. These are also a little more detailed.

Whenever symbols are part of a winning cluster they will light up as the other tiles in the spin disappear, causing them to drop down to the bottom. This doesn’t happen without too much fanfare to keep the speed high.

Since Contact uses a Cluster Pays mechanic, the game doesn’t count paylines as it does with regular slots. Instead, at least 5 matching symbols need to touch horizontally or vertically to count as a win, with every symbol being worth a set amount. This is then added together to calculate the total value of the win. Players can change this by increasing or decreasing the size of their bet between £0.20 and £100 per spin.

This slot doesn’t have a lot of basic gameplay features but there are a lot of special elements that are working together or activate at different times. The main features are:

The base game didn’t require a lot of interaction from me apart from the regular spins. The game made it very obvious when there was a win, causing the tiles to drop away and making room for the new symbols.

The multiplier tracker on the side was also an obvious element, activating as soon as an entire reel was filled with winning symbols. This didn’t have to be the same symbol as it could happen 2 or more clusters appeared during the game. This wasn’t very common, however.

When I managed to get a cluster that reached all the way to the top row it activated the free spins mode. This didn’t require me to fill the row with the same symbols as the multiplier feature, just a single tile was enough. The game then gives you 3 free spins to play with.

During the free spins mode, there are some slight changes to the gameplay. The multipliers on the left side of the screen are changed, increasing more quickly and removing any empty rows as the multiplier above it is hit. This can cause the entire screen to be filled with multipliers. On the right side of the screen, hidden symbols appear that are activated in the same way.

These hidden features can be:

Play ‘n GO occasionally brings out some very good-looking slots and Contact is one that can be added to this growing list. The game takes a pretty standard concept and gives it their own original twist. I think the decision to change the gameplay from the standard slot to this cluster pays mechanic was a good choice.

The game offers some incentive for players that wouldn’t normally play this type of game. You have the opportunity at winning a max. win of 1,517x your bet. If that’s enough to draw you over the edge is up to you.

I found this game to be a great game for people that want something original without it being completely overwhelming. Players that appreciate a simple, quiet slot probably will do best moving on to another game.

Browse casinos with Contact and other slots from Play'n GO. Create an account and try the game for free before making a deposit.

You can play Contact in English, Finnish, Swedish, German and 30 other languages. 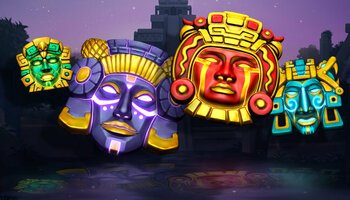