Crystal Mirror is a slot that focuses on an aspect that is usually associated with royalty: crystals. In this case, we are treated to a selection of extravagant symbols that show ff its wealth, as well as entertaining us with Stacked Wilds, Stacked Symbols and Free Spins.

Developed by Red Tiger in 2020, Crystal Mirror is one of the most recent releases by this studio. Even though Red Tiger has a large number of slots that are focused more on Oriental themes, it seems they wanted to explore Western royalty a bit with Crystal Mirror. The background doesn’t show much but it is coloured purple which is usually associated with the royal house.

On the 6-reel, 4-row playing field you can find a selection of crystals in the shape of card suits, as well as a wide variety of crowns. I’m not sure where the mirror part of the title comes into play, but it looks alright. The game includes 20 bet lines, which combined with the larger playing field and the big number of different symbols means the game is listed as High Volatility.

I’m not sure what suitable music would be for a game such as this, but the Red Tiger developers chose something very toned down and in the background. It was more an anxious waiting sound than actual music, and the jingles that played when there was a win did nothing to change this. Eventually, I turned the music off since it was making me a little on edge.

Crystal Mirror has symbols that are showing off wealth in different ways. The high-paying symbols are mostly different crowns with a few different jewels. The Wilds come Stacked, meaning they are 4 rows high. The low-paying symbols are card suits but designed to fit the theme, looking like charms or brooches you might find on a gown or lapel.

The symbols are simple and that means that the animations when part of a win are simple too. You’ll just see them spin slightly or some light reflecting off the top but not much more. I think the game could have used some more movement since there aren’t a lot of features at play and this makes it all seem rather static.

Whenever there’s a win the payline lights up and the total amount won is shown. Players can change how much they want to win per bet, choosing between £0.10 and £20 per spin. As a jackpot, the game offers a max. win of 5,000x your bet which is quite high when compared to other slots by this studio.

Crystal Mirror is an easy game to get into with its small number of different features. Nonetheless, I do think they require a little explanation as they do have a big impact on the gameplay. To start with, a shortlist of the different features:

Every spin, the left half and the right half of the game mirror each other. This can very quickly lead to big wins since only 3 of the 6 reels have to contain a certain symbol to create a six-of-a-kind payline.

One thing that is pretty sneaky is that the developers don’t use the normal paylines. There are a few, like the standard horizontal payline, but because the game mirrors itself having only regular paylines in the game would mean that any win would automatically be a six-of-a-kind win. Instead, Red Tiger has made most of the paylines irregular, being different on the left than the right.

This essentially negates the mirror reels feature and makes it a lot less interesting since the reels are forced to be mirrored. But, when the paylines aren’t it’s almost impossible to get them to trigger a win. Only when the playing field is filled with the same symbol do these paylines pay out the full amount.

The Free Spins mode doesn’t do anything special except making the Wilds Sticky. These can help create some bigger wins and in my experience, the free spins mode is usually a source of bigger wins. Don’t expect anything that will break the bank though.

Crystal Mirror is a bit of a mess when it comes to its theme and presentation. The slot looks fine but I don’t really understand how the title applies to the game and the use of its symbols. It seems like they were going for a royal idea, but I don’t think mirrors have ever been associated with kings and queens.

The mirror reels feature looks like a good idea at first glance but the more you think about it, the less it makes sense. After all, it would mean the game only needs to get a three-of-a-kind on the first three reels to automatically make it a six-of-a-kind win. This is where the dirty secret comes out to show the paylines aren’t symmetrical.

I didn’t like that I had to go through the paytable to figure this out, and it made the effect of the Mirror Reels feature a lot less powerful. At the same time, the Free Spins mode was too simple to really feel like an addition.

Players that enjoy a simple slot with some clear and easy features will likely get some enjoyment out of Crystal Mirror. People who prefer something a bit more experimental or honest might do better looking elsewhere.

Browse casinos with Crystal Mirror and other slots from Red Tiger. Create an account and try the game for free before making a deposit.

You can play Crystal Mirror in English, Finnish, Swedish, German and 17 other languages. 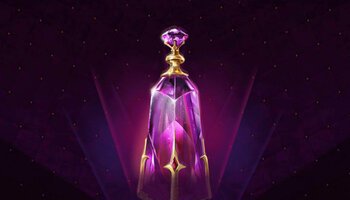