Danger High Voltage brings us into the heart of a power plant as it generates electricity for its surroundings, to see if we can find some crackling wins. This slot features free spins, sticky wilds and multipliers that make it more likely we’ll walk away zapped.

This slot was released in 2017 by developer Big Time Gaming, a studio that hasn’t quite reached the upper echelons of slot development but is definitely working on it. The game includes a 6-reel, 4-row playing field with a massive 4,096 paylines. This is due in part through the consecutive reels mechanic that I’ll talk about later.

The game has little to offer in terms of graphics as you’ll find us in what seems to be the inside of a Rubik’s Cube, while most of the symbols are either simple card letters or generic symbols that don’t seem related to the theme at all. The only thing I would really describe as fitting the theme is the Wilds, mostly because they can be seen crackling with electricity.

When it comes to the sounds, you’ll probably also leave disappointed. We can hear a generic beat in the background as if we’re in a club but it never kicks into high gear and makes it frustrating to listen to. Wins and Wilds trigger short soft effects but these also don’t really add to the excitement in any way.

Danger High Voltage has a larger than average playing field and to compensate is also fitted with quite a few different symbols. I found all of these to look rather boring and simple, without any animations whatsoever. Getting a win does little more than lighting up the affected tiles before continuing the game. I would expect this game to mostly appeal to players that enjoy the basic gameplay and nothing else.

Because of this balance between the size of the playing field and the number of symbols, the game lands on Medium Volatility. This also felt like my experience playing the game, triggering decent wins once in a while but not really being granted anything else in between. The payouts per bet line are low because the game assumes players will get multiple wins at the same time.

Just like other Big Time Gaming slots, such as StarQuest Megaways, this slot focuses a lot on its Wilds and giving them multiple functionalities. On the one hand, I like this but it also means that without the Wilds the game becomes increasingly difficult and there is no way to control how the Wilds will behave.

During the base game, the Stacked Wilds are really the only feature at play, even though it can have a multiplier applied to it. This can go up to 6x your win but isn’t always applied to the Wilds. This element appears often enough to be interesting but it rarely creates any big wins, often only making back a handful of bets.

Speaking of bets, players can pick a bet between £0.20 and £50 per spin. It’s probably smarter to start off low because there is some serious volatility at play here. I found the game to be very dependent on the free spins modes to balance things out.

The other Free Spins mode is called High Voltage and focuses on the Multiplier Wilds. When this appears, the Wild can apply a multiplier between 11x and 66x your bet on the screen. To play with these, the player receives 15 free spins.

I should note that getting the Free Spins mode to activate is very difficult and I only managed to do it once in over an hour of playing. Considering the need for this mode to activate in order to get any big wins, I’d consider this a serious flaw.

Big Time Gaming clearly isn’t quite where its name says it wants to be. They are still small-time and their slots feel like it. The graphics are simple and stale, showing little promise in their creativity or attention to detail. Other small studios have shown that a lot is possible with limited means, but this developer does not seem interested in trying that.

Instead, you’ll be treated to a very simple but effective slot with gameplay that is focused around Wilds. This is fine in theory but I found the Free Spins mode to activate very rarely and we need that to have the Wilds create big wins. Instead, I found the gameplay to be about as interesting and varied as the graphics.

Players who are looking for a very basic slot with similarly simple gameplay will probably get some enjoyment out of Danger High Voltage. The max. win of 124,000x your bet is absolutely massive and probably also an incentive for some, but generally I would suggest casual players to look elsewhere for an entertaining slot.

Browse casinos with Danger High Voltage and other slots from Big Time Gaming. Create an account and try the game for free before making a deposit.

You can play Danger High Voltage in English, Swedish 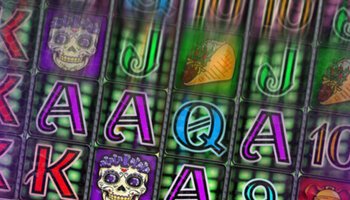