It’s Round 2 for Dead or Alive! The new commemorative 10-year anniversary slot game has undergone a makeover and joined the 21st century. The outlaws are back, and this game has a superior feel when compared to its predecessor. I would go as far as to say, that it feels wilder and somehow larger than life.

No storms are beckoning in the background in this modern tale of western outlaws. Instead, the game is set on a porch with the sunset looming in the background. What I especially love about this game, is the fire shots whenever you hit the winning combination, adding that extra touch of zest to the game.

But if you are here, you probably want to know what makes this game tick. It is not just the legendary status that this game has achieved, but the fact that you can win an insane 100,000x your bet.

This game has kept all the thrills of the original game, but given a modern twist, injecting gameplay with electrifying touches. NetEnt has gone all out to ensure that the follow-up title has bigger and better features.

This must have been quite a challenge for this Swedish software developer. We have seen cases, where there have been sequels that fell flat (I’m talking about you Blood Suckers 2), but in this case, I found that the game has improved twofold, both in terms of graphics and features. Some games are just the ideal candidates for a follow-up.

There is no accompanying background music in this game. Instead, there are a few sound effects, such as creaking doors and church. The sound effects are far and in-between and are in no way, as irritating as they were in the previous game.

Let’s get down to the basics. This game is spread over 5 reels, 3 rows and 9 fixed pay lines. In terms of symbols, NetEnt has kept all previous pay symbols, making it easy for players to know which ones are of low value and which ones are of high.

Infamous outlaws Jesse James, Delia Rose, Billy The Kid, Belle Starr and the Apache Kid, act as Wilds here. Each of these characters has been beautifully depicted.

When it comes to features, the Free Spins bonus round is where it’s at. Land three or more scatters anywhere on the reels to activate the free spins round. When this happens, you are given a choice to play one out of three different games. This is a neat feature, but you also need to be aware that each of these games come with various degrees of volatility and mathematics behind them.

Without a doubt, the free spins feature in this game is highly compelling. I would go as far as to say, that the free spins round ticks all the right boxes in terms of entertainment and heart-stopping thrills.

Even though it’s a highly volatile game, with an RTP of 96.8%, the fact that you can win anything between 12,000 and 100,000x your pay line, shows that NetEnt has truly stepped up to the challenge.

Although the Free Spins Roller-coaster ride left me feeling slightly lightheaded, this game is a celebratory win for this software provider. After all, when this game came out, some 10 odd years later, NetEnt had magnificently created a sequel that has driven slot lovers wild.

Although the game is not choc-a-block with features, the Max concept has added a powerful touch to the game that ultimately secured NetEnt’s legacy.

Play Dead or Alive 2 for free

Browse casinos with Dead or Alive 2 and other slots from NetEnt. Create an account and try the game for free before making a deposit.

You can play Dead or Alive 2 in English, Finnish, Swedish, German and 20 other languages. 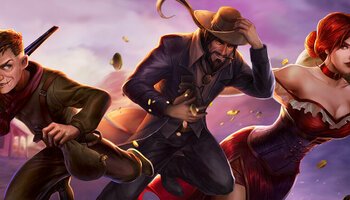