You can let yourself get stung by the disco bug and discover the Disco Fever to see if you've got the jive. Regardless of the mediocre symbol art, the game can turn up outcomes of up to 1,000x your bet across nine paylines and a reel set of five reels and three rows.

Essentially, Disco Fever tells a story about a night well-spent in a disco club. The game atmosphere is a throwback look into the era of funky dance music. Symbols like loudspeakers, people dancing, money bags and security guards remind me of Studio 54 more than anything else, so I can conclude that the game can resonate with the disco-savvy player.

Aside from the theme and the premise, there are few interesting details that have been arranged by Tom Horn Gaming. The theoretical return to player (RTP) is a solid 97% and the volatility is medium, which in this case I can only interpret as a mathematical model that can let you get a taste of the game's win potential.

It's hard to be impressed by the graphic design. That's the first thing that comes into view and you may be quick to judge the game based on that, but I'd hold my horses for now.

Sure, some of the symbols remind me of old MS Word clipart, but there is a hot disco track that can reconcile your attention with that part of the gameplay, which I find to be more enjoyable.

It would have helped Disco Fever to let those speakers thump and make the people dance wild in an animated motion, but it doesn't. That's the game's only shortcoming which makes it easy to overlook in favour of other games on the same theme.

So I'd just say if you can let yourself be entertained by the lack of disco moves on the part of Tom Horn Gaming, you may be able to get a little bit more from the game.

Two extras can liven up your experience on the Disco Fever slot and I find them to be good enough to keep you interested in the game.

This one is pretty simple. Land a winning outcome with the help of the wild symbol and get a 2x win multiplier on that amount. Furthermore, the wild is a mighty symbol in terms of payouts. You can get the following prizes if you land two, three, four or five of a kind on a payline: 10x, 200x, 2,000x, and 10,000x your payline bet.

The golden VIP tickets are your pass to Disco Fever land. This is a scatter symbol so you can have it land anywhere on the screen to trigger the 15 free spins feature. The kicker is that every winning outcome during the free rounds is tripled, which is pretty amazing. Another happy circumstance is that the scatter symbol pays - 2x, 5x, 20x, and 500x your whole bet for two, three, four or five symbols on the reel set.

And that’s pretty much it in regards to the extra features. In my experience there have been only two payouts for three wilds and several consisting of two wilds. On the other hand, the free spins bonus isn’t easily triggered, because of the 3x multiplier that’s factored into the winning outcomes. And that is precisely what makes this feature worth playing for.

This is where the game gets me also, which makes me forget about the stale vibe of the dancefloor (bar the music). The payouts are rather good, but you'd need to see four of a kind to make the potential win amounts matter for your balance.

Wins for three of a kind can pay between 5x and 25x your payline bet, which translates to prizes of up to .77x your bet for the dancefloor and disco ball symbols. These are the two highest-paying standard symbols where four of a kind on a payline rings up 11x and five of a kind 83x your bet.

With the help of the medium volatility, Disco Fever shouldn't hold off wins for five of a kind for an excruciatingly long sequence of spins.

Besides the music, the game packs three gameplay highlights for me: 2x wild wins, 3x multiplier wins, and a solid paytable structure that can post in any combination of symbols across the nine paylines.

Can I recommend the game? Yes, but only to slot players who like to test a game for its payout potential. Otherwise, I don't think Disco Fever has the capacity to arrange a gaming experience in line with the current year.

One more detail, both the wild and the scatter pack some heavyweight in terms of potential payout, so if the random number generator takes on a happy whim, you may get to witness a sizeable payout which can make even the lowest bet count for something.

Browse casinos with Disco Fever and other slots from Tom Horn Gaming. Create an account and try the game for free before making a deposit.

You can play Disco Fever in English, Finnish, Swedish, German and 22 other languages. 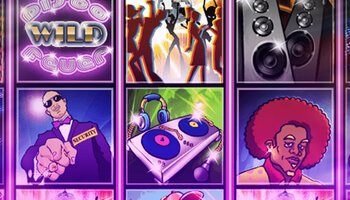