The mythical creatures of ancient Greece got a make-over in November 2020 when NetEnt published the new Megaways version of Divine Fortune.

Divine Fortune Megaways is an update to the NetEnt’s 2017 slot Divine Fortune. However, this new version does not include a progressive jackpot like its predecessor. But, honestly, who actually needs jackpots when the Megaways games already have huge max wins?!

When NetEnt acquired Red Tiger in 2019, they also got the Megaways license bought from Big Time Gaming. This explains well why NetEnt has started producing Megaways games so suddenly in 2020. Gonzo’s Quest Megaways was released in July, and Twin Spin Megaways is being published almost at the same time with Divine Fortune Megaways. I do like the revamped versions of older classics but would love to see something entirely new, too.

The biggest differences between the regular Divine Fortune and the Megaways version are the missing jackpot feature and, of course, the number of paylines. In other parts, the Megaways version is much like the original, with the sticky Wilds, re-spins and the very nice Wild on Wild feature. So, the Megaways is a well-balanced mix of old and new. If you have previously played the original slot, getting in the new Megaways game will be a breeze.

The theme of Divine Fortune Megaways is ancient Greece and to be more specific, the mythical beasts. In the game, you can see the notorious snake-haired Medusa, the furious Minotaur, the magnificent Griffin and the Lion of Cithaeron.

Both the design and the music are direct copies from the original slot. The marble statues are watching the spins from both sides of the reels like they do in the first game. But, the view is now missing the jar that previously collected the bonus coins for the jackpot game.

Of course, the actual game is different. Instead of five reels, there’s now six and there can be up to seven symbols on a single reel. The symbols are almost identical with the predecessor but the high-value symbols now have coloured backgrounds for them to stand out better.

The game looks very nice and is quite atmospheric, and the quality is top-notch as one would expect from a NetEnt’s slot.

Divine Fortune Megaways has six reels and each reel has 2 to 7 symbols. The number of symbols on a single reel is random and can change with every spin. The slot can have up to 117,649 paylines going from left to right.

The Megaways slots have a minimum of 64 and the maximum of 117,649 paylines. Each reel has at least two and up to 7 symbols and the number of symbols is always random on each spin.

The Wilds of the game stick to their place and as long as there are visible Wilds, you get free re-spins. The Wilds drop down by one spot with every re-spin until they fall off from the reel.

The stacked Wild grows to fill the reel it inhabits, after which the Wilds start to slide down like they normally do.

With five symbols you win 15 spins and with six symbols you activate the total of 20 free spins.

The free spin rounds work like the base game but this time the reels have Bonus Win coins. Also, each Wild landing the reels automatically grow to a stacked Wild.

The game awards you instantly with the respective cash prize. You may win more than one Bonus Win by collecting enough coins.

Truthfully, I was never too fond of the original Divine Fortune. To my taste, it had too small basic wins and slim chances of winning the free spins. Also, the progressive jackpot hasn’t grabbed my interest as it’s just not that big in comparison to many great jackpot slots. No matter the size of the bet I was using, I never had the feeling of hitting a big win.

What I do like about Divine Fortune Megaways is the familiarity of it. The effect is exactly the same that I had when I first played Gonzo’s Quest Megaways. However, I was a bit surprised that NetEnt chose not to include a progressive jackpot in this version. Maybe they decided that Megaways feature would be enough.

The gameplay is easy and quick to learn. You may adjust the speed of the game by selecting the quick spin which speeds up the game, but the re-spins are still pretty slow.

After several hundred spins I found that it was just as hard to activate any special features in this slot as it was in the original. Even triggering the Wild on Wild took me a good while. When I finally managed to win the free spins I expected to win at least 100x my bet but was left well below that. I did win the bronze coin bonus, twice, but the Wilds were quite scarce.

Still, I think there’s a good audience for any new Megaways slots. Divine Fortune Megaways already has the attention with the familiar look and even if the features don’t get triggered, the Megaways guarantee some great possibilities.

Browse casinos with Divine Fortune™ Megaways™ and other slots from NetEnt. Create an account and try the game for free before making a deposit.

You can play Divine Fortune™ Megaways™ in English, Finnish, Swedish, German and 20 other languages. 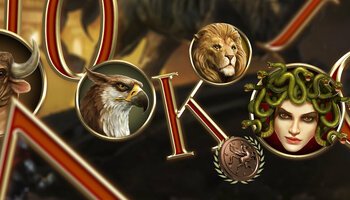