I've wondered how it might feel to walk inside a major bank vault as if walking inside my own home. I don't think this idea is sheer vanity, just curiosity. We've all probably seen enough bank vaults in movies so that we know how they appear on the inside, but the feeling is something that escapes most people.

I don't know if playing Double Cash may bring me any nearer to a bank vault, but winning any amount that is close to its maximum payout potential of 270,000 coins may certainly release an overwhelming amount of dopamine and other fine brain juices.

In addition to the payout potential above, that players can win in a nutty string of winning outcomes, Double Cash also comes with three progressive jackpots. This is one of those games that are interlinked in the Fugaso network of jackpot slots, so that some of these games may be loaded with a huge cash prize.

For me, Double Cash sets the premise and the mood for playing at the very start. This is because the only extra feature in the game is part of every spin and in fact, it is what gives the game its name. The other notable detail is the payout system that consists of 243 ways to win, which makes for winning outcomes to occur on adjacent reels.

The theme and the look and feel that it succeeds in building up are unmistakably all about raw cash. The sides of the reel set are flanked by bags stuffed with green notes and the paytable has nothing but cash, gold, diamonds and the symbols that represent the world's major currencies.

In terms of graphic design, I find Double Cash to be spotless. The reels spin smoothly like a well-oiled revolving door that brings you inside a major bank on High Street. And if you care about immersing yourself in the game's total ambience, play with the music on. That light jazz theme reminds me of 1980's movies about heisting banks and I used to swear by those, until Ocean's Eleven came out.

The game doesn't have a free spins bonus which is perfectly fine by me. The fact that double reels post on every single spin is good enough to create notable outcomes.

The layout of three rows and five reels has 243 ways to win and bets have a fixed amount of a 25x multiplier to the coin value. Players can roll with 25p per spin and increasing the coin value increases the total bet by 25p.

I am fully aware that this is a progressive jackpot game and that the extra feature is just mint, but I've had a hard time settling with the payout schedule. My enthusiasm for any game that is overall good to play deflates when I see that not just one, but three or more high-paying symbols pay less than the amount of the bet for three of a kind.

That's the case of Double Cash. The diamond, gold bars and safe symbols pay 0.4x and 0.6x your bet. The fourth symbol in terms of value, low to high, pays 1.2x the most valuable symbol, the pile of cash, pays 2x your bet.

Players need to get ready for a lot of payouts involving three of a kind consisting of both low-paying currency symbols and the high-paying symbols. The possibility for big wins is there, but you'd need to see winning outcomes of four or five matching cash and luxury symbols.

All of the above sounds like a classic progressive jackpot slot. Such games are traditionally not inclined to being generous, but take that with a pinch of salt regarding Double Cash.

Those who decide to call the game their favourite for some time may quickly enough find that two high-paying symbols on the first or middle reels are a great start towards a high payout.

Also, keep in mind that the progressive jackpot has an RTP as low as 91.28%. I played the game for a while, thoroughly enjoyed it, but I still think that it takes extreme perseverance to see a really big win shake out from the 243 ways to win.

Browse casinos with Double Cash and other slots from Fugaso. Create an account and try the game for free before making a deposit.

You can play Double Cash in English, Swedish, German, French and 7 other languages. 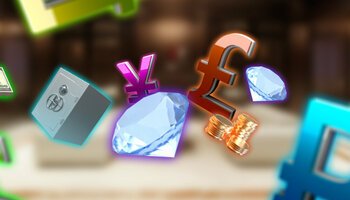