Dream Diver is a slot in which players enter the dreamworld with a selection of strange and random symbols. The game further offers players the opportunity to play with coin wins, a bonus game, and wilds.

This slot was released in 2021 after its development by ELK Studios. This developer has a history of creating slots that try to do something new when it comes to its theme. The game is built up around a playing field that has 5 reels and 4 rows. The game further holds an impressive 178 paylines, allowing players to get a win as long as symbols appear on consecutive reels from left to right.

When it comes to the style, the game really tries to differentiate itself from other slots. It’s a very colourful game that makes use of some standard symbols during the base game. We can see the main character sleeping on the right side of the screen. Once the bonus game is enabled we are treated to a lot more random symbols to signify we are currently in a dream. All the symbols are rather abstract while still making clear what they represent.

The overall style of the game was very impressive to me. It doesn’t do anything exceptional when it comes to the level of detail or even the number of animations. It does have a very distinct style that feels similar to the modern cartoons that are on television. The symbols have a simple, almost abstract design that fits well in the setting too.

Dream Diver has a rather simple selection of symbols during the base game, with most of them drawing inspiration from the classic fruit machines. Here we find things such as oranges, apples, cherries. Other familiar symbols include the bell or the diamond. These aren’t very impressive but they do show off the nice drawn abstract style that fits the theme.

Players can expect a reasonably steady supply of bigger wins thanks to the Medium Volatility. It doesn’t mean that every win will include a win, but they aren’t incredibly rare either. The wins were in my experience big enough often enough to help increase my funds above what I started with. Obviously, this might be different for other players.

The game lets players pick a bet between £0.20 and £100, which is standard for slots like this. The maximum win of 2,500x your bet is exactly on par with what other slots with the same volatility would award too. I never did feel like I was close to getting the jackpot, but thanks to the stacked wilds I did have a number of bigger wins.

When it comes to the symbols in the game, you can find the following:

Dream Diver might look like a rather rudimentary slot at first glance but it actually hides quite a few interesting features.

Most of the time the player will be playing on the main screen. Here, the game largely plays as normal with only occasionally triggering the bonus game. The regular wilds appear quite frequently and can help grant a win often. The stacked wilds are less common but they can activate a re-spin. During my time playing, I have seen multiple stacked wilds appear on the same screen, granting big wins.

The Pick Me feature is the most interesting part of the game. Players pick from 3 symbols. 2 of them hide a simple coin win while the third will activate the bonus game. During the bonus game, the player is transported to a dream world. They get to pick from various symbols that hide a coin win. Multipliers can be chosen as well, which increase as the bonus game continues.

Players can pick the alarm bell which will wake them up and end the bonus game. At this point, the player receives the total coins that they had collected up to that point. It’s also possible to select the Next symbol. This will send the player to the next dream stage. Here the multiplier increases and the coin wins also become bigger.

I found the Pick Me feature to be the most interesting and the most fun part of the game. It’s always a matter of picking symbols randomly but I found it to be quite easy to get to the second or third stage of the bonus game. This is also the best way to win bigger prizes.

Dream Diver is a very well-designed game that takes a pretty unique concept and takes it to shape the entire slot. I found the look and feel especially effective, making everything feel somewhat dreamlike.

The bonus game is the highlight of the slot since it really goes into the dreamworld and makes the player feel like they’re in that environment. The inclusion of random symbols and the strange backgrounds really help solidify that. I also liked that this is the best way to get bigger wins.

I think this slot will appeal to a lot of players. The medium volatility might be a downside for power players but most people will likely have a good time playing this game regardless. There are a lot of things to see and although the slot keeps things simple, the many features offer an exciting experience.

Browse casinos with Dream Diver and other slots from Elk. Create an account and try the game for free before making a deposit.

You can play Dream Diver in English, Finnish, Swedish, German and 19 other languages. 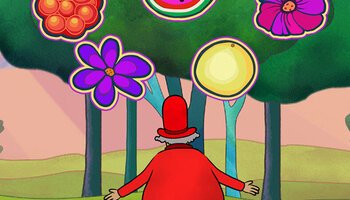