Fire Joker might be your kind of slot when you play with fire too much. Engulfed in flames, this game gives a burning desire to try and see what kind of wins there are to get.

It seems that Play ‘n GO decided in 2016 that it wanted another dedicated classic slot and the result that emerged was Fire Joker. It is in many ways a standard fruit slot, with a 3-reel, 3-row playing field and 5 paylines.

Fire Joker brings us back to the original slot game, not just with its size but also with the symbols and gameplay. It does boast a few extra features you wouldn’t find in the old fruit machines but these only slightly augment the experience.

Personally, I’ve never been a huge fan of these classic slots because they generally don’t offer much variety in their gameplay. If you’re someone who likes Jokers in their slot, I would suggest The Dark Joker Rizes by Yggdrasil. If you are looking for a 3x3 slot that has an updated gameplay mechanic, I would suggest Play ‘n Go’s own Eye of the Kraken instead.

The game looks fine though. The graphics are bright and crisp, the symbols look sharp. There are some animations. These can show up if a re-spin is triggered or the wheel of multipliers is activated. It’s only a small portion of the game, so I was pleasantly surprised they put this much attention in it.

The soundtrack is an energetic techno beat that plays in the background as you play. There is something of an 8-bit aesthetic to it, with laser sounds and whizzing. I thought it fit the slot well enough but at the same time, I can’t really think of any particular music that would work better.

Fire Joker is filled with the standard assortment of slots when it comes to fruit machines. I think the only one I haven’t seen before is the blue cross, which incidentally is also the lowest-paying symbol.

As you can see, there isn’t much surprising here. I thought the payouts per symbol were very low, but considering the Medium Volatility and the small number of symbols I suppose it has to even out this way. Players can choose a bet between £0.05 and £100 per spin to adjust their winnings, which can be up to 800x your bet.

Fire Joker has a few features that adjust the base gameplay a little bit. They aren’t a huge part of the game but I’ve had them increase my winnings by quite a lot as well. I think that Play ‘n Go was sort of forced to add these to the base game or it would have just been a generic slot machine and those have been incredibly common ever since video slots first appeared.

All 3 features help in getting a win or increasing the amount you win. Especially the Wheel of Multipliers is helpful in that regard. I thought it was well executed and I saw it appear quite regularly. It’s also how to get the maximum win: a screen full of Joker symbols and the 10x multiplier.

All in all, the features are a welcome addition to the base game. Players that enjoy a standard slot machine will most likely appreciate the additional features without departing from the classic gameplay too much.

Even in a time where games have 3D-animations, intro cinematics, bonus games and entire libraries of features, there will always be players that prefer a simple, basic slot machine. For those people Play ‘n GO created Fire Joker.

This is a fruit machine that adds very little new elements to the base experience but does it well, coupled with a sturdy, familiar slot game. If you are bored or tired of all the extravagant slots that come out currently, Fire Joker takes a few steps back and offers a familiar time.

For me, it went a little too far back in time. The added features are nice but the game itself is something I’ve seen many times before. I appreciate that they created this slot for people who crave something familiar, but for me, it felt unnecessary.

Browse casinos with Fire Joker and other slots from Play'n GO. Create an account and try the game for free before making a deposit.

You can play Fire Joker in English, Finnish, Swedish, German and 30 other languages. 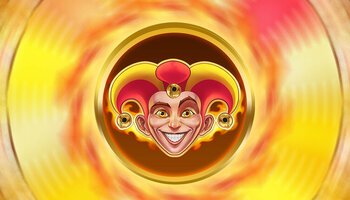