Five Star Power Reels takes the Five Star classic slot and pumps it up with a larger playing field and an increased maximum win. Jump right in to see how these power reels work!

This slot was made by Red Tiger Gaming and was released in 2019. Unfortunately, this doesn’t really show as the graphics of the game are very basic and even the symbols are low-quality fruit symbols. The game didn’t show a lot of creativity from its developers which I thought was too bad. I understand it’s an updated version of Five Star but I feel like adding some new graphics wouldn’t immediately detract from that.

The game takes the classic Five Star game and expands the playing field to an 8-reel, 5-row screen. The game lists 5 paylines that pay both ways, essentially doubling them. Since there are 5 rows it means only the same symbols in a horizontal row will count as a win. With the game’s High Volatility that means it doesn’t happen too often.

The slot is framed by a steel frame and no significant background image. The different symbols are simple drawings based on the classic fruit machine symbols without any animations. The only real change is the activation of the Five Star feature where the frame turns gold before changing back.

There’s not much to mention when it comes to the sound either, unfortunately. There is a short buzzing sound playing with every spin, which especially with the Quick Spin function enabled was very annoying. Getting a win would result in a short musical jingle but not much more.

As I mentioned before, the reels are filled with standard fruit machine symbols. They are from highest to lowest:

The graphics are very simple, the symbols only blinking when they’re part of a winning payline.

As we can expect from a game based on a classic fruit machine, there aren’t a lot of features in this game. The few that do exist change up the gameplay:

The larger playing field is a pretty big departure from classic fruit machines, even though the game seems to want to appeal to players that enjoy these type of games. That means it’s odd to go so far away from the original idea. I don’t know how many classic fruit machine players will be enamoured by this version of the slot, while players that prefer modern slots won’t be as interested in the very classic style of the game.

I found the paylines from both sides to trigger pretty frequently, both sides getting about the same number of wins over a longer period of time. The Five Star symbols were almost invisible during my time playing and I only ever got 3 Five Star symbols at the same time, even though there can be up to 5 at a time.

The re-spins were the final feature in the game, and they were also very infrequent. It’s not something that automatically happens with every win but only occurs every now and then. When it does happen, a win is not guaranteed which decreased its value even more.

All in all, Five Star Power Reels is a version of a beloved game that changes things up but didn’t really add anything positive in my opinion. The graphics aren’t improved and the larger playing field does little to update the gameplay.

I’m not really sure how to classify Five Star Power Reels. I would say it’s clearly meant for fans of the classic fruit machines but the way it added a much larger playing field would in my mind be something these fans don’t appreciate.

At the same time, players that enjoy modern slots with updated graphics and experimental gameplay elements like a larger playing field won’t appreciate the simple presentation and toned-down features.

So I was left to wonder who this slot was meant for. Even a player that enjoys middle-of-the-road slots won’t get much of a kick out of this. It tried to appeal too much to both sides of the spectrum and ended up appealing to nobody.

With the ability to pick a bet between £0.10 and £100 per spin players have a lot of choice in deciding how risky they want to play it. I found the max. win of 10,000x your bet to be quite appealing but I can’t see many people sticking around long enough to ever see that win!

Browse casinos with Five Star Power Reels and other slots from Red Tiger. Create an account and try the game for free before making a deposit.

You can play Five Star Power Reels in English, Finnish, Swedish, German and 18 other languages. 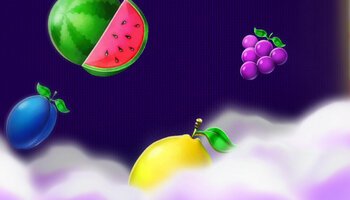