Five Star is a return to form as a classic fruit machine but with some additional hooks and surprises included to make sure as many people as possible will enjoy it!

Five Star is a slot that was released by Red Tiger in 2016. It seems the developers were nostalgic to the old-school type of slots and that’s when they came up with Five Star. The game offers a 5-reel, 3-row playing field with 3 betlines. The appearance of the slot is that of a standard fruit machine, and all the symbols are equally as simple.

The graphics look fine in as much as they can be developed. There are a few animations when there was a winning betline, the game shaking as it ramped up to the re-spins phase of the slot. The same thing happened when there were 3 Five Star symbols on the screen at the same time.

The music was a strange type of electronic beat that sounded quite whiney. The wins were punctuated with a sort of beeping tune, and when a re-spin was triggered the sound would ramp up for a second before returning to the music. All in all, it felt a bit low effort.

Five Star has a High Volatility which isn’t due to a large number of different symbols but rather the small number of paylines. The different symbols are all lifted from existing fruit machines, with none of the symbols even slightly changed. There is no special theme or setting to be found here, it is all extremely surface-level.

The symbols are sharp and glossy but that’s similar to all other fruit machine versions by other developers so there’s not much I can say about them.

As you can probably predict, a game like Five Star doesn’t have a lot of features. No bonus game or even free spins mode. There are only some slight changes to the basic gameplay.

That’s all! There is the opportunity for the player to get a re-spin that will trigger randomly whenever there is a win. It can happen multiple times in a row or it can fail to happen for dozens of spins in a row.

Something else that is part of the game but isn’t a specific feature is the Five Star symbol. Whenever there are 3 or more on the screen at the same time the player will receive a coin win, the amount of which depends on how many symbols there are.

I rarely saw these symbols show up and when they did it would usually only be 1 or 2 at a time. During my time playing the maximum I got was 3 Five Star symbols on the screen simultaneously. Players can pick a bet between £0.10 and £40 to fit their preference but considering the high volatility, there is some real risk with betting too high. Meanwhile, the max. win of 2,000x your bet is nice but feels impossible to reach.

Five Star is a slot that might be one of the simplest games that have been released by Red Tiger in quite a while. It has sharp images which show it is a modern slot, because other than that everything is based on the classic fruit machine setup.

If you’re a fan of these type of games you’ll get exactly what you’re looking for here. The slot offers nothing in terms of innovation or addition to the base gameplay experience. You’ll feel right at home with Five Star.

Are you a player that enjoys even a tiny bit of creative expression or originality? Then you should give Five Star a pass since you won’t find that with this game.

Browse casinos with Five Star and other slots from Red Tiger. Create an account and try the game for free before making a deposit.

You can play Five Star in English, Finnish, Swedish, German and 18 other languages. 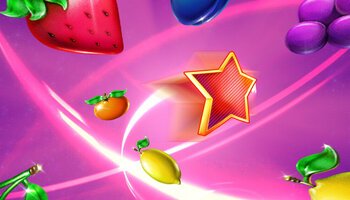