Are you ready to take your fruit machine game to the Xtreme? This is Fruit Xtreme, the X stands for extra multipliers.

Did that fill you with early 2000s nostalgia, when everything was extreme? Playson’s Fruit Xtreme is a jump back those days, but not in a fun way. The game actually feels like it was originally made in 2005, then forgotten, and just released in 2020.

Fruit Xtreme does have some nice mechanical features and interesting pay structure, but it is a bit marred by the lacklustre exterior. If you can get past it, then you might actually have a good time with the game.

Simply put, the slot is 5 reels, 5 paylines and up to 5x multipliers. It has massive potential for huge wins, but winning isn’t that easy. You either get a whole lot of nothing or a big hit.

Fruit Xtreme looks like it could have been made in the early 2000s. The entire Xtreme aesthetics was a big hit back then and this slot would have fit in like a glove. Even the background full of blue lightning would’ve been perfect.

Visually the game is just boring and the sounds are not helping. The only positive thing is the animation quality. The fluid motion of the reels and the win animations are great. The entire game lights up in flames and it’s surprisingly well done.

When I first saw the big win animation, I started to wonder if this game was released half-finished. It’s like the animation team took their time and others just forgot that they have a game to make.

The game also has no music in it, so that’s not very extreme. The sound effects are basically the same stuff you hear in a classical one-armed bandit but slightly muffled. Nothing about them is interesting, even if they aren’t actively bad.

Even though the game has an extreme attitude, it’s a classical fruit machine at heart. The symbols are just the standard set we’ve seen so many times before. You have your BARs, lemons, cherries, sevens, stars and so on.

The game has seven regular symbols and a star scatter. You need at least three of a kind to win, except for the cherries, which is a middle-tier symbol and only needs two.

The paytable in general is just strange. The BAR symbol is the lowest value, followed by four symbols of equal value. Of course, with the exception that the cherries have a lesser win with two of a kind. The two high-tier symbols are then extremely valuable and way above the curve.

Wins in general in Fruit Xtreme are a bit skewed. You end up playing a lot of empty rounds before you get anything. Then when you do win, it’s not that hard to get a big multiplier win. The swings in this game are enormous.

If you are interested in this type of gameplay, then be sure that you have the bankroll to actually enjoy it. 30 spins with zero wins are very much possible, so be ready for it. Features

Stacked symbols is a fruit machine tradition. Here, it is taken a bit further by awarding the player with multipliers when you win with them. If you get at least the first three reels full of the same symbol, you get a multiplier. The same feature has been seen before in games like Winterberries.

These multipliers are the key to success. Even the worst possible win with them is worth something. The BAR symbol, which is the lowest symbol of them all, gives you 15x your bet back with just three full reels. Get a medium-tier lemon in there and you just won 60x your bet.

When I played Fruit Xtreme, it left me with mixed emotions. On one hand, I really hated how the game looked and sounded, but on the other hand, I liked the mechanics of it. It took me a while to actually get in the game, but when I did, it wasn’t so bad as I thought it would be.

This is one game, where you could easily do a proper remake of it. Just get some better visual artists, slap some simple theme over it and you’re good. Make it either modern or timeless, but not a half-assed quasi-retro game from 15 years ago.

If you can get past the visuals, you are in for a decent game. It is volatile and it has dry spells, but it also has big wins even with low-valued symbols. Just make sure you can get past those empty rounds and you might be surprised.

Browse casinos with Fruit Xtreme and other slots from Playson. Create an account and try the game for free before making a deposit.

You can play Fruit Xtreme in English, Finnish, Swedish, German and 19 other languages. 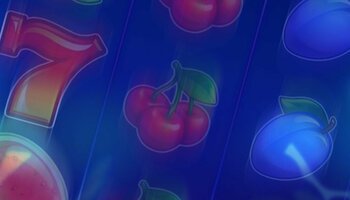