There are so many fruits on the reel set of Fruits that you need not worry about eating right. Now, I am no physician and can't give any medical advice, but a maximum payout of 2,910x your bet sounds like a healthy prize to me.

Make no mistake about it, Nolimit City's Fruits slot is about, well, fruits. Apples, oranges, strawberries, peaches, blueberries and the like have taken over this oddly-shaped reel set of six reels and no less than 116 paylines.

I think the concept is strikingly similar to NetEnt's Dazzle Me, but I think having 116 active paylines is better than playing your bets across 76. Fruits is simple, dynamic and has a set of features that can squish those fruits into delicious payouts.

The name of the game spells out nice and loud what you can expect in terms of the symbols. There is plenty of fruits on the paytable, enough to start a fruit stand business that attracts customers with its solid variety.

When it comes to the actual graphic features, Fruits can make a partial impression. The symbols are nicely drawn and rendered - juicy, lush and appetizing but they lack animation. I would have loved to see them wiggle and maybe even burst when they are part of a winning outcome.

Instead, wins are just marked by the paylines being drawn across the matching symbols and that just about does it. Nevertheless, Fruits is still fun to play as the reel set can work up a pacey gameplay that can become even more frenzied is you choose to have the 'fast spins' button on.

The base game is good enough on its own but things can get rather funky when any one of the extra features triggers the symbols into fruition.

I think it’s promising that the payouts don’t depend only on one extra feature. The free spins bonus will eventually trigger if you’ve decided to play Fruits longer. In the meantime, the game can trigger two other extra features that can liven up the game and your balance.

The game can take bets between £0.20 and £100 per spin, but regardless of the amount, all 116 paylines are active with every spin. The sheer number of paylines means payouts will be smaller than the usual, but Fruits can pay big nevertheless. Getting two or three symbols of the same kind in the 2x2 grid is a promising start for multi-payline payout.

Even though the ten symbol kinds are divided into small, medium and high-paying categories, the differences in the payout structure are insubstantial. With a bet of one pound, the low-hanging fruits pay between £0.05 and £1.5 for winning outcomes between three and five symbols for any of the symbol kinds.

A notable exception is made regarding payouts with six of a kind. At this level, the various fruits can trigger wins between 70 and 500 coins which translates to payouts between £3.50 and £25.00 if you've scored with a bet of £1.00

Fruits is a game that you should play just for fun. The payouts are low and the only time they can amount to prizes that we may call hefty is when there’s been a win on multiple paylines - preferably 5 or more.

The volatility is between medium and high so you can expect small payouts triggering at less frequent intervals, or according to company data, approximately one in five spins. Not many of these can reach the 2910x your bet maximum, but getting halfway there would be a sweet deal too.

Browse casinos with Fruits and other slots from Nolimit City. Create an account and try the game for free before making a deposit.

You can play Fruits in English, Finnish, Swedish, German and 12 other languages. 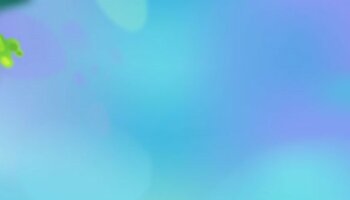