Being a nouveau riche in China must be a trip, but it comes in a package with the social pressure of flaunting your money. What would you do? I think that I would definitely rock a dragon-shaped tooth grille and a crimson silk shirt studded with diamonds. A hot ride is a must also and few other status symbols to complete the picture.

Back to reality, the only thing that can get me close to enacting the life of the Fu Er Dai, as are called the children of the ultra-rich in China, is playing this Play'n GO game of the same name. The maximum payout potential of 250,000 coins is a prize that seems attractive enough for any player to venture inside the red lounge of three rows and five reels.

Besides the rare theme and the set of over the top status objects, Fu Er Dai is quite a decent online slot. Play'n GO has furnished it with a dynamism you can easily get into, animated graphics and extra features that can give the random number generator a kick in the RTP, which, by the way, is at 96.00%.

I've found the game to be playable and the graphics, the opposite of any given Ancient China-themed slot. Fu Er Dai puts you in the present, so it makes no point in peddling turtles, ergots and red paper lanterns. We can’t evade the inevitable double-dragon that you can find adorning the top of the reel set.

The high-paying symbols of the game are probably the types of objects one is to find on the person of the average Fu Er Dai on a night out: a diamond-studded phone, keys to the apartment (dipped in gold, of course), a golden watch with an embossed dragon under the glass and a set of gold credit cards.

A joy to behold is the wild symbol, represented by a fierce dragon that springs to life when it lands on the reels, before turning into an expanded symbol of a woman with a dragon tattoo. These are the symbols that give Fu Er Dai its appealing glow, perfectly contrasted against the dimmed interior of a lounge that is drenched in crimson red.

And because the graphics aren’t just for show, the payouts that each symbol represents, in my opinion, do justice to the name of the game and what it’s all about.

All it takes for the gameplay to keep adding surprises on the reels are two extra features. Both of these revolve around the dragon wild symbol and I find it beneficial that it substitutes for all other symbols.

I find it incredible that the game has the word 'Guaranteed Win' in it, which is exactly what can happen during the free spins bonus - you get at least one winning outcome with the expanded wild symbol.

The typical arrangement on the paytable is for low-paying and high-paying symbols split along royal cards and picture symbols. The latter category is what you want to see more of on the reels. This is a rare game where payouts are made for any two high-paying symbols that belong to the same kind.

Prizes range between 3x and 10x the coin value, which means only the highest symbol, represented by the Fu Er Dai playboy, can return the bet. This isn't such a bad deal, as getting a winning outcome for two symbols on the first two reels means the eventual wild or wilds in the middle can bump up the payout amount.

I didn't get a five of a kind win for the three most valuable symbols, but nevertheless, the possibility is there and the payouts are quite decent - 50x, 75x and 150x for the keys, mobile phone and the playboy in that order.

Wins consisting of the royal cards are between 0.3x and 15x. In all likelihood, my experience with the game will repeat for most players, so the most frequent payout amounts will fall within this range, as Fu Er Dai is a high variance slot.

I can still recommend the game, but keep in mind that the wilds are not as frequent as in games where these are just regular wilds. On the other hand, only two wilds trigger the free spins feature.

Browse casinos with Fu Er Dai and other slots from Play'n GO. Create an account and try the game for free before making a deposit.

You can play Fu Er Dai in English, Finnish, Swedish, German and 30 other languages.

Martin Anastasov is a freelance writer who reviews online slots for Bojoko. He has played, analyzed and reviewed slots for more than four years and counting.

Martin considers Bojoko to be the social platform for casinos and slots, where he enjoys providing players with the best analysis of mostly exciting and few not overly exciting games.

His favourite games are Punk Rocker, Secrets of the Phoenix, Ankh of Anubis and several others. Martin has resolved not to play poker with friends ever again because he is terrible at bluffing, although he does enjoy the thrill of that game.

In his free time, in the tiny hours of the night, Martin can be found hunched over a notebook, jotting down dialogs and quips for a zombie-apocalypse novel that he is doubtful will ever see the light of day. 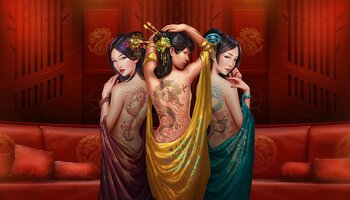