It is time to go digging up some gems. When Gemix was first released, I have to admit, it blew my mind as at the time it came out, this reel setup wasn’t common. Because it exhibits a Candy Crush style, it is less of a slot game, and more of a fun game to play, albeit you are playing with real money.

In fact, it also comes with its fun video-game tune in the background belting along as you dig up the gems. The point of the game? It is for you to get clusters of gems next to each other, to create winning combos. I must warn you. There are no reels in the conventional sense here. Powered by software provider Play ‘N Go, this game is spread over a seven by seven reel set up, with bets starting from as low as 50p.

Round up the most precious of gemstones, and you can walk away with up to 1,000 times your bet per spin. What I especially love about this game is that it doesn’t feel like you are betting your money away. Instead, it has kicked up the gamification levels up a notch, so it’s more gameplay than betting away.

Featuring a range of exciting characters, including princesses, miners and wizard, this slot game is a feast for your eyes. Along with the playful yet comical soundtrack, I was itching to get started, and once I started ‘spinning’ the reels, it became quite apparent, that there’s more to this game than meets the eyes. Don’t let the reel setup confuzzle you. The game company behind this game has gone all out to ensure that the game is simple enough to follow yet accessible across a range of devices.

But here’s where it really took me by surprise. As already mentioned, there is a gamification touch added to this game, so you can actually step up across levels and worlds, to make this game super entertaining.

In terms of graphics, there is not much here to discuss. There are no special effects. The game exhibits a simple videogame makeover, so there’s nothing that is over-the-top here. It is quite apparent that the creators wanted to focus on the videogame concept behind this slot game, and less about complicating visuals, which is fair enough.

There are no pay lines in this game. Instead, you must hope to land gems of the same kind in a cluster in order to achieve wins. You can get symbols in groups of between five and 15. By far, the highest paying gem is the star, which can land you 1000x your bet for 15 of a kind, or 200x for 12 of a kind.

Hearts are the next highest paying symbol, rewarding you with 500 for a cluster of 15, while the purple crescent and the orange flower are worth 100. The darker blue gems are the lowest paying symbols, so you can’t expect much in return.

Bear in mind, that each and every winning combo, provides you with the golden chance of landing more cascading wins. I was mightily impressed with this since it all added up and I succeeded in making a neat profit in return.

When it comes to special features in the game, there aren’t as much, but since the patterns and worlds keep the game exhilarating, we can forgive the software provider.

For starters, there is the ‘Crystal Charge’ feature. You can spot this in the upper right-hand side above the display. Each gem that contributes towards a win spurs the meter forward. Once you have collected 20 or more symbols in one go, you get access to four unique behaviours as follows:

If you succeed in forming a cluster of 40 or more symbols, the Crystal Charge becomes Super Charge. This means that all wins from the four extras benefit from a 3x multiplier.

The World Pattern feature was my favourite by far. There are three worlds to play, and you can level up by clearing patterns as you play along. Because this feature feels less like gambling and more like gaming, I found it to be bewildering.

When there is no winning combo generated, the World Wilds come into play. These wilds come with their own unique powers and kick up the game factor up a notch:

At first glance, Gemix can appear to be slightly complicated. I’m the first to admit that when I first played this game, I wasn’t completely enamoured by it, but once I started playing a few mobile games which I’m guilty of playing late at night, Gemix suddenly became a thrilling slot. Because there are plenty of wilds, winning combos and extras, it all adds up and eventually helps you make a neat sum.

I was wildly impressed by this game. As you know by now, I’m a big fan of NetEnt and Yggdrasil productions, which are conventionally visually stunning. This game threw me off a little and took me by surprise.

There are no impressive visuals here, but the engagement level is incredibly high. Since I found myself moving progressively through different worlds in a bid to collect bonuses and wilds, it kept my less-than-impressive attention span captivate and my interest levels high.

I guess what I’m trying to say here is, because there is a progressive element and not just hitting the ‘spin’ button ad infinitum, the game doesn’t feel as repetitive. Of course, the numerous wilds and elements of this game leading to potentially significant wins have also helped seal the deal.

Browse casinos with GEMiX and other slots from Play'n GO. Create an account and try the game for free before making a deposit.

You can play GEMiX in English, Finnish, Swedish, German and 30 other languages. 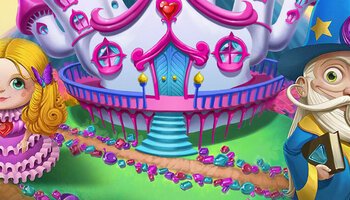