Gems Gone Wild Power Reels is an adapted version of the original Gems Gone Wild with much the same graphics and features but with the power reels functionality. Players can count on a bigger playing field with sticky re-spins, sticky wilds and paylines from both sides.

Developed and released in 2020 by Red Tiger, Gems Gone Wild Power Reels brings an older favourite back with some extra features. The game is now built around a massive 8-reel, 6-row playing field that uses 30 paylines, essentially doubled through the pays both ways functionality. The graphics are much the same as before, showing off a series of colourful gems that are basic in shape but easy to tell apart.

The slot can give players some nice wins but without a bonus game or free spins mode, they will be confined to the base game for any boosts to their funds. Although the game holds a wider selection of gems the existing features and the reasonable payouts land it on Medium Volatility. If you are looking for something simple yet appealing, this might be the slot for you.

In terms of music, there isn’t much to add that doesn’t also apply to the graphics. It’s definitely passable, fitting the theme and keeping players in the mood to keep going. Don’t expect any loud noises or deep beats, this game keeps things light and happy.

Gems Gone Wild Power Reels stays true to its name and has symbols that are entirely made to resemble different kinds of gems. Not only the colours are different, they also appear in different shapes. The biggest downside for me was that it was impossible to tell which symbols would be the highest paying, making it difficult to see when a big win was coming.

The gems in this game include:

The payouts are quite nice but only for the larger wins, as the three-of-a-kind wins won’t even win back a single spin. That is mostly because the game assumes a player will score multiple wins on a winning spin, which in my experience usually happens. The game also counts wins when they run from right to left, helping this along.

Gems Gone Wild Power Reels keeps the entire experience in the base game, with no free spins mode or any bonus games to distract the player. Players that prefer a straightforward game with only some features to augment the basic gameplay will probably enjoy what they find here.

None of the features included should be a big surprise for experienced players. The Wilds play a major part in all of them, but the trick is that the Wilds don’t show up very often. They act like a special feature within the bonus game, much like a bonus game or free spins would in another slot. Players won’t be helped by Wilds most of the time, but when any Wild appears, it will trigger the other features.

I found that when a Wild appeared it would often help quite significantly and I only had a very occasional spin where a Wild would show up, trigger a re-spin and not add other Wilds. Even if that happens, it’s likely the player will at least get a smaller win.

Overall, the features feel well connected and fastpaced, not distracting from the game at all but enhancing it. A clever addition is a background that goes from a deep purple to a bright gold colour to signify that the re-spins have triggered, making it a good time to pay extra attention to what is happening on the screen.

The slot even has colossal wilds that can appear, being between 2x2 and 3x3 in size. This is actually pretty rare since I didn’t actually see it show up during my time playing and I only saw it in the paytable. If these appear they are very likely to help facilitate a win, however.

Gems Gone Wild Power Reels is a must-try for fans of the original as it does use the same template and improves upon it. Some players who know the first version might not like the changes but I think it adds a lot to the game.

The features are simple but obvious and since they trigger frequently enough to make an impact on the game, they feel like a part of the slot. Wilds are really something that is a great way to make a big win, unlike in other slots where they are often wasted. Both having them appear in groups as well as counting paylines from left to right and vice versa makes them much more likely to help out in getting wins.

I thought the game was quite enjoyable, especially compared to the original. It’s been some time since I played that version but I think this one is superior if only for the bigger playing field that better facilitates wins with the included features. If people are interested in giving it a try they can pick a bet between £0.10 and £20 per spin. The max. win of 3,000x your bet is actually quite sizeable compared to the volatility.

Browse casinos with Gems Gone Wild Power Reels and other slots from Red Tiger. Create an account and try the game for free before making a deposit.

You can play Gems Gone Wild Power Reels in English, Finnish, Swedish, German and 17 other languages. 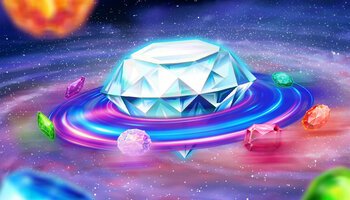