Ghost Pirates is a classic slot looking to drown us in scary pirates, forbidden treasures and a whole lot of ways to win! I eagerly return to the Seven Seas and see how well this game has held up.

Ghost Pirates was developed by Netent and released in 2009, which makes it one of the oldest slots that are still regularly played today. I think it gives due credit to Netent for creating a game that holds up more than a decade later.

I have fond memories of playing Ghost Pirates when it first came out. A lot of its features are used even now. Animated characters, autoplay and quick spin, all features that are considered essential to a slot now but were new concepts back then. With a 5-reel, 3-row playfield and 243 ways to win, it still plays the same as newer slots.

The gameplay of Ghost Pirates still holds up too in my opinion. In many ways, it’s a classic slot with paylines and a free spins phase. Adding a specific type of look and feel to it makes it stay relevant, however. I really felt like I was on board an old, decaying ghost ship filled with a motley crew of long-dead seafarers.

Which brings me to the graphics. Although these are definitely outdated compared to the newer games, they still do a great job of getting me in the right mood. They might not be as sharp and detailed as newer slots but if the images don’t have any feeling to it, what’s the point? Not so here. Ghost Pirates still manages to do with the graphics what all slots do: transport me to another place while I play the game.

The sound design, unfortunately, did not age as well as the graphics. There is no music while you’re playing. All you hear is the soft spinning of the reels. Only when you get a win is there a short musical sting but even that is not really in the style of pirates. Maybe a short shanty or something might have fit well but alas.

For a game that’s over a decade old, the first impressions are solid. Its old age is showing but you wouldn’t be able to tell if you were to play with your eyes closed. The mechanics are familiar and the general feel of the game still holds up very well.

Of course a Netent slot, even one as old as this, has symbols relevant to the setting. From highest to lowest they are:

In case you were paying attention, that’s right! The Wild in Ghost Pirates substitutes all symbols, including the Scatter.

I found all the symbols to fit the theme well, although the characters get very little to do. Luckily their names are shown on the bottom of every symbol or I’d have no idea they were called Peggy Rotten and One-eyed Ed. It feels like they wanted to characterize these symbols but lacked the means to do it.

Ghost Pirates is a simple slot when it comes to features but I don’t think it harms the enjoyment at all. In my eyes, Netent has a tendency with the newer slots to really overload them with all sorts of features so it’s nice to have a lighter load. Let’s start with a quick overview:

As you can see these features are pretty basic but solid. I like all of them individually, and having them combined makes for a very familiar gaming experience. The game plays pretty much exactly the same as newer Netent games so if you ever tried them, you’ll have no issues getting into the groove of things.

The game’s High Volatility really does show a lot though. There were long stretches of time where I would win very little, both in the number of wins and the amount of the payout. That’s why the Free Spins phase is the way to balance it out. Not only can you get up to 25 free spins when you play with 243 ways to win, but there is also an automatic x3 multiplier to all wins during this phase.

I’m not a huge fan of high volatility because I find it pretty depressing to see my funds slowly deplete over time, with only an occasional increase when I hit the Free Spins phase. However, when I did get a bunch of Free Spins it would dramatically help my reserves. If you like to play a slot with rare but high payouts, you can’t really go wrong with Ghost Pirates.

Ghost Pirates is one of the older classic slots I’ve played in a while but it still keeps up well. The graphics are the most obviously outdated but the mechanics that we consider standard now were already included then.

I have a personal weak spot for pirate slots. There’s something about the raging sea and the adventures that really get me engaged with the setting. Obviously it’s a theme that’s very popular and there are newer slots that take advantage of it.

Examples include Pirate Booty by Booming Games, released in 2019. This slot leans harder on the fun, cartoony style that a lot of slots have. In my opinion, the scarier mood of Ghost Pirates works better with the setting. On the opposite end is Lucky Pirates! Created by Playson and released in 2014, it boasts a more realistic style of graphics but still makes it look fun and light. It creates a creepy aesthetic but probably not in the way the creators intended.

Ghost Pirates was one of the games that made Netent the way it exists today. It aged well considering it’s more than ten years old by now, especially when looking at the gameplay mechanics. It’s no wonder a lot of people still consider it one of the better games out there!

I think it’s an excellent example of how good Netent is at making slots. Unlike some of their newer slots, it doesn’t have too many features but keeps things relatively simple. I’m not a huge fan of the high volatility but the prospect of a max. win of 395x your bet might be appealing to a lot of people. With the opportunity to choose a bet between £0.01 and £62.50 it means you’ll be able to spread out the risk to an acceptable level.

Browse casinos with Ghost Pirates and other slots from NetEnt. Create an account and try the game for free before making a deposit.

You can play Ghost Pirates in English, Finnish, Swedish, German and 20 other languages. 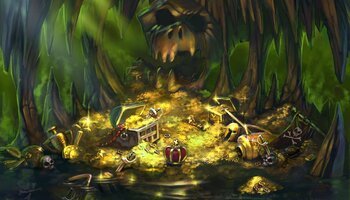