It looks like Play'n Go had tapped Tarantino's talents for the making of the zombie-apocalyptic Wild West slot, Golden Colts.

The game is a bonus feature galore. It comes with seven features that can scare the living hell out of the random number multiplier, for wins of up to 2,500x your bet.

I've played it many times and always enjoyed its consistency in generating events on the reels and because it is medium variance, the range of outcomes isn't constrained as in high variance slots, even if you decide to play it for a brief amount of time.

My personal favourite element of Golden Colts are the stacked wilds that can cover one or two reels during the respective feature game. Another highlight I find impressive is how intricately animated all of the symbols are, binding all events in the game together for a seamless visual experience.

Come to think of it, maybe Play'n GO did consult with a certain Tarantino movie for inspiration. The setting of Golden Colts is an alternative Wild West universe where renegades and gun-toting zombies are all vying for the winnings of a twisted poker showdown.

Playing the game feels like your visual field is mesmerized by the constant apparitions, such as the scatter skull staring at you with glowing eyes and the purple sky getting torn by lightning. The soundscape made of harrowed guitar riffs and wind fits the theme and the gameplay like a gun in its bespoke holster.

In plain words, I find the design features of Golden Colts simply marvellous, filled but not oversaturated in visual effects and underpinned by any imaginary backstory, if you ever wish to give it one.

So far everything about the game sounds extremely good. Golden Colts is in the habit of triggering the features frequently, but in the meantime, you have to brave the small payouts.

Regardless of whether you land three low or high-paying symbols, neither outcome pays back your wager. To make gains you need to get at least four matching picture symbols on a payline. From low to high, the symbols in this category pay 1x, 1.25x, 1.50x and 1.75x your bet.

The picture isn't so pretty for four-symbol wins over in the cards category because your bet can make gains only for win outcomes consisting of five matching symbols. Start from nine to ace, these outcomes pay 1x, 1.25x, 1.5x, 1.75x, 2x and 2.25x.

Golden Colts is the perfect game for players who are looking for a thrilling experience with every spin. Many games can't arrange for that kind of experience, so this is a one-stop-shop to have fun and possibly make some big wins.

It is very probable that the base game isn't going to fill up your balance, so we have seven bonus games to do that. I can see the theoretical maximum of 2500x cropping up in two features - Poker Play and Law of the Wild, where Golden Colts can trigger successive respins.

Considering all of the above, the medium variance and the 96.00% RTP are the perfect way to describe what you may expect from the game.

Browse casinos with Golden Colts and other slots from Play'n GO. Create an account and try the game for free before making a deposit.

You can play Golden Colts in English, Finnish, Swedish, German and 30 other languages. 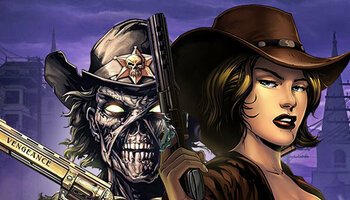