Golden Dice 3 gives players a standard slot machine experience with dice as the symbols instead of the normal fruits! The game offers a pays both ways mechanic, Wilds and Scatter symbols. As the third installation in this series, it’s sure to innovate.

The game was developed by Zeus Play and released back in 2014, making it an older game. Since the graphics are quite simple people probably won’t notice, and it looked a lot like Dice Tronic by the same developer. Here too the game is based around dice as symbols, with the number on them and their colour the only ways to tell them apart.

There is no background to speak of and the 5-reel, 3-row playing field also holds little mystery. The designers clearly didn’t try to make the game stand apart from any other slots. The graphics are flat and simple and there are no animations to speak of either, with a win simply having the symbols flash a little.

The sound-design is very disconcerting, with a low humming buzz playing with every spin that gets paused abruptly when the reels stop spinning. This repeats with every spin. Larger wins get a special jingle as the total coin win is counted out. The overall feel I got was rather a disturbing vibe with no real sound-design to speak of and more a bunch of random sounds playing at certain points in the gameplay.

With Golden Dice 3, players are treated to an overdose of dice symbols. There are some variations here, including ones that have a star on them as well as square boxes with 7s or a Bell on them. These symbols act slightly different than the regular dice symbols.

An interesting thing to note is that there are 15 paylines in the game, but a win is counted whenever three symbols are on a payline anywhere on the screen. This means that a payline that only has the same symbol appear on reels 2, 3 and 4 it will count it as a win. The game still has a listed Medium Volatility despite that, but it is something that is rather uncommon with slots.

As you might have noticed, the wins can only be three-of-a-kind long. This means that any wins you get are the biggest they can be, which is why every win is at least 2,5x your bet. Speaking of those, the player can pick a bet between £0.15 and £30 per spin. Besides that, players can make a grab at the max. win of 672x your bet, which I consider to be too low for the little entertainment this game offers.

As with most Zeus Play slots, Golden Dice 3 stays very close to its basic roots and as a result doesn’t have a lot of features to talk about. Besides the one listed below, the game also offers the industry standards like Autoplay and Quickspin.

The main feature in this slot is:

I’m not sure if it can even be called an actual feature or just a random occurrence that happens because the game only has a limited number of symbols to choose from. There were enough times that the symbols showed up to fill a reel but it never felt like it was intentional.

The game has only one real variation to the standard gameplay worth mentioning, but it’s not a feature per se. The Star symbol is the highest paying one in the game but is extremely rare. What does happen is that a regular symbol has a star on it.

During the game, this symbol will simply count as itself unless there are four symbols with a star on them on a winning payline. If that’s the case, the win will count as a three-of-a-kind Star win, meaning the highest paying win. It’s the only time in Golden Dice 3 where you need 4 symbols and they all need to have a star on them, which was rather rare during my time playing.

As I played, my funds stayed pretty stable and over a longer period of time I did get some more than I started with. The game’s volatility seems pretty balanced out in that regard. My main complaint would be that I generated these wins with the base game and no special features, meaning there was never any spike in interest for me as I was playing.

There really isn’t much to say about Golden Dice 3 and that might be the most damning thing I can say about it. It’s not committed enough to the classic fruit machine idea to appeal to those type of players, it doesn’t show any creativity for players who enjoy an original setting and it has no innovation so players that want that won’t find that here either.

All in all, Golden Dice 3 is the type of slot that feels like it was created just to fill out the developer’s library or perhaps as a starting off point for their team. It’s a basic slot with zero personality that will be impossible to set itself apart from the endless number of similar slots.

If that sounds harsh, it’s because it is. Smaller, newer companies have shown that it’s possible to create something original with just a little more effort but this game declines to do any of that. As a result, it simply falls behind.

You can play Golden Dice 3 in English, Bulgarian, Greek, Turkish 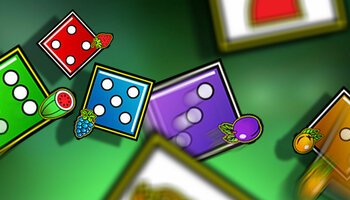