Golden Legend borrows heavily from Chinese culture with its golden symbols and authentic soundtrack. Meanwhile, I’m curious to see if it also adds something on its own!

This slot was released by Play ‘n GO in 2015, which to me explains the mix of sharp graphics and a rather bland implementation. That means there are little animations and the symbols aren’t terribly imaginative. Too bad, because I think the theme allows for a lot of creativity.

Of course, China and Asian culture are very popular topics for many slots. If you’re looking for something similar, I would recommend Dragon’s Luck by Red Tiger which also leans heavily on Chinese culture. Otherwise, definitely give Legend of the White Snake Lady by Yggdrasil a try! This game has a whole range of animated symbols as well as a good collection of features.

Meanwhile, Golden Legend fits well in the range of games made by Play ‘n GO. In my mind, their games tend to be pretty mediocre. They add some features, have decent graphics and a nice soundtrack that doesn’t do much extra. They are adequate. Of course, there are exceptions but Golden Legend definitely isn’t one.

The music is a good example. It has an excellent level of quality and fits the theme, but it’s also terribly obvious and uninspired. It does exactly what it should do, nothing more and nothing less.

At the same time, it is built as a 5-reel, 4-row slot with 50 paylines which also is slightly different from the standard but not enough to raise any eyebrows.

Golden Legend has symbols divided into two categories: the high-paying original symbols and the low-paying card symbols. They are, from highest to lowest:

I thought the symbols looked very nice and in the style of the slot, but I don’t know how they related to the Golden Legend of the title. They aren’t animated when they’re on a winning payline, but it does show which payline they’re on.

The slot has a small number of features that work well enough together to make the game interesting without having it stand out. The features are:

The Free Spins mode plays out as standard, with 10 initial free spins and a possible extra 10 when you get 3 more Scatter Symbols during this mode. The added Wilds are very nice, making it more likely to get a winning payline and when most of the payline is filled with Wilds the payout can really increase.

Unfortunately, the base game has very little going for it. Other than the Wilds and the initial 4x multiplier when you activate the Free Spins mode there isn’t much to change the game experience. The ability to choose a bet between £0.10 and £100 means you can adjust the gameplay to your liking and a maximum win of 4,000x your bet could mean a big win.

Slots like Golden Legend are possibly the hardest to review since they fit comfortably in the fine category. They don’t do anything bad and they don’t do a lot to stand out. That causes them to disappear in the enormous amount of mediocre slots.

I can’t say Golden Legend is bad because it really isn’t. The features work well, the graphics are fine and the sound is serviceable. If you’re someone who looks for creative, fun slots however I would suggest you look elsewhere.

At the same time, this game isn’t one you need to avoid either. You can enjoy yourself for quite some time playing this slot since there is a lot it does fine. The Free Spins mode triggers pretty regularly and the High Volatility means that you’ll be awarded with bigger wins now and then.

Browse casinos with Golden Legend and other slots from Play'n GO. Create an account and try the game for free before making a deposit.

You can play Golden Legend in English, Finnish, Swedish, German and 30 other languages. 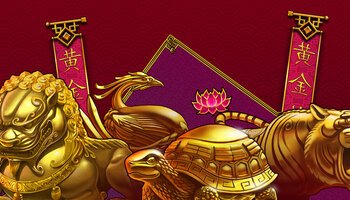