Gonzo is back on a whole new adventure. Gonzo’s Quest got the famous Megaways treatment and is searching for more gold.

Gonzo’s Quest is perhaps the most well-known slot from NetEnt, and it was just a matter of time when his slot was up for an update. That time has come in the form of Gonzo’s Quest Megaways.

Gonzo’s Quest Megaways is a collaboration between NetEnt and Red Tiger, but this is not the first time these two have done this kind of a slot. Previously the 2012 slot, Piggy Riches, was updated to Piggy Riches Megaways in 2020, and Gonzo is now following in the same footsteps.

The big question is, what is new in Gonzo’s Quest Megaways? The most obvious thing is the Megaways mechanic, which changes how the reels work. Now you can have anything between two and seven symbols on a single reel and the amount of paylines adjusts accordingly. Basically, you can win in any way. If there are at least three of the same symbols horizontally in any spot of the first three reels, you get a win. There are a few more smaller changes and a new mechanic, which I will cover later in the review.

So let’s dive in and see where Gonzo’s new adventure will take us.

For being a slot from 2011, Gonzo’s Quest has aged well. That is why there wasn’t much of a need for a visual update. Gonzo is still running around in the same South-American jungle looking for treasure.

As for the game itself, Gonzo is still hanging out next to the reels all animated and happy. The visual theme has a timeless look that has resonated well with the players for all these years.

Some of the symbols and the reels themselves have gotten a small upgrade due to the way that Megaways symbols can change in size. The more valuable symbols have now been given a new backdrop and a small tweak.

The soundscape is basically identical to the original Gonzo’s Quest. No need to fix what isn’t broken. There is no music to speak of, but just some atmospheric ambient sounds of the jungle. The stone slabs falling and shattering still make a satisfying noise.

If you are familiar with Gonzo’s Quest, you know the symbols of Gonzo’s Quest Megaways. All the same stone faces are still here, including the special gold symbols.

One new symbol has been added to the mix, and that is a new highest paying symbol, the ruby-encrusted mask.

The big new thing is the Megaways mechanic. Megaways changes the amount of symbols that can be visible on a single reel from anywhere between two and seven. The more you get, the better. The size of the symbol does not change its value, so you just want to have as many as you can.

Compared to the original version, the wins in the Gonzo’s Quest Megaways have been tweaked a little. The normal symbols pay a little less per payline, but it is much easier to get multiple hits. This balances the game out, and in the end, the new game seems to hand out roughly the same amount of total wins as the original. The RTP is now 95,57% compared to the original’s 95,97%.

The Megaways feature is an interesting and ever-changing mechanic. Every reel can fit anywhere between two and seven symbols on it. All the different-sized symbols are of the same value, so it is just plain better to get more of them.

The amount of possible paylines change depending on how many symbols appear. You can always see the current amount on the top of the screen. It is always the best possible number for those symbols so that any way wins. Just as long as the same symbols appear on at least the three leftmost reels, you win.

Gonzo’s Quest has a multiplier counter on top of the screen that goes up after every win. The first win of every spin is 1x, the second 2x, then 3x and finally 5x. The multiplier will reset after each spin. During the free spins, you get better multipliers, which work by the same basic rules. This time the multipliers are 3x, 6x, 9x and 15x.

Earthquake is a random effect that can trigger at any point. It will destroy the low-paying symbols and replace them with better ones. When the earthquake hits, all the following avalanche re-spins will only drop high paying symbols.

Gonzo’s Quest is simply a classic. There is a reason why it appears to this day on the most popular games lists in most casinos. People love it, and now we have a chance to see if people love the Megaways version.

Personally, I think the new one is an improvement over the old. Part of it is novelty, but I do think there is something more to it. The Megaways feature and the win any way paylines is a big improvement. I can’t remember how many times I have cursed the avalanche feature for dropping a bunch of the same symbol, but they just weren’t in the right place for the paylines. This is now a thing of the past and that makes me happy.

I know I will end up playing both versions of Gonzo’s Quest in the future. Megaways is more interesting, but the original is a classic.

If you like Gonzo’s Quest, I seriously suggest that you give the Megaways version a try. It still has everything that made the original a great game, and what new was added builds upon that.

Browse casinos with Gonzo's Quest™ Megaways™ and other slots from Red Tiger. Create an account and try the game for free before making a deposit.

You can play Gonzo's Quest™ Megaways™ in English, Finnish, Swedish, German and 23 other languages. 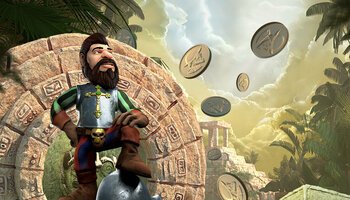