In 2020, Evolution bought the leading slot maker NetEnt. Ever since then, the new owners have had NetEnt’s favourite character, conquistador Gonzo, working overtime. Gonzo’s Quest Megaways was launched soon after the merger, and now the Treasure Hunt is on.

Unlike the Megaways version, the newest Gonzo game is published under the Evolution brand instead of using the NetEnt name. This makes Gonzo’s Treasure Hunt Live the first actual slot of Evolution.

Gonzo’s Treasure Hunt blurs the line between a studio-based game and a slot in a stylish way. The gameshow host is dressed up in an Indiana Jones attire and makes small talk next a big digital wall of blocks. On the other edge of screen, there’s the familiar Gonzo character with a big golden key.

The hosts are likeable and professional, and they get into the role well enough. This is a big part of the appeal of Evolution’s game show style titles, and the new Gonzo game is no exception. The Gonzo character gets into all kinds of shenanigans and keeps the following the game pretty entertaining.

The green screen technology really brings the Inca temple to life on desktop and mobile alike. The game also supports a VR version, but unfortunately, I had no opportunity to test it with the goggles.

The sounds support the gameplay and make it easier to follow the round.

How to hunt for treasures?

Each round consists of two betting phases after which the results are revealed gradually.

After that, it’s all up to the algorithm. First, the Gonzo shoves his big key into the hole and makes the random wins rain. After that, all tiles are revealed, starting from the cheap symbols. At the same time, Gonzo is doing a moon-walk across the screen.

If a random win lands on a tile you picked, it’s multiplied by your bet and added to your winnings.

If one of symbols you chose lands on the tile you picked, you win the sum you bet on that symbol times the multiplier of that symbol.

Still with? No worries. This game is hard to understand if I just explain it to you. However, when you play it, it comes very naturally.

Gonzo’s Treasure Hunt has a 7-by-10 tile grid with 6 different symbols and multipliers. Without a degree in anthropology, it’s not easy to tell what the faces on the symbols are supposed to be. Instead, we’ll stick to the colours and multipliers:

The multipliers give you a rough idea of how many of each face you get on the screen. The lowest paying gray faces come in batches of 27, whereas there’s only one red face with the magnificent 65x multiplier on each round.

The RTP doesn’t vary much between symbols. Mathematically speaking, the green face with the 8x multiplier and an RTP of 96.56% is your best bet. However, the differences in RTP are small enough to ignore. Instead, bet on symbols with the right probability to suit your preferred level of risk.

On each symbol, you can bet between 10p and £1,000. After this, you choose how many “picks” (hand image) you buy. Multiply these together and you get the total bet for the round.

What makes this game unique?

Gonzo’s Treasure Hunt Live gives you the opportunity to influence the outcome of the round with your choices. Unlike in normal slots where you just spin the wheels and cross you fingers, you can customise your playing style and level of risk.

It’s still purely a game of chance and there’s 0% skill involved. However, the symbols you bet on and the tiles you choose directly affect the outcome of each round. In addition, you can influence the volatility of the game by e.g. betting on the often appearing low-paying symbols.

You also have more choices to make than you’d have in other Evolution game show titles, e.g. Dream Catcher and Monopoly Live.

Would I play this again?

I usually skip the slots and head straight to a roulette, blackjack or baccarat table. However, the new adventures of Gonzo actually suit my taste very well.

The ability to choose the bet and the volatility from a very large scale is a feature that should appear to a wide range of gamblers. Although the RTP isn’t quite there with the classic casino table games, it holds its own against most slots and game show titles.

So yes, definitely playing this again and recommending it to friends too.

Browse casinos with Gonzo's Treasure Hunt Live and other slots from Evolution Gaming. Create an account and try the game for free before making a deposit.

You can play Gonzo's Treasure Hunt Live in English 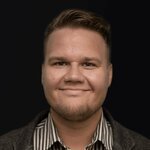 Lauri was the Head of Content at Bojoko. He worked in online gambling from 2016 to 2021, reviewing hundreds of online casinos, bonuses and games. Lauri has a masters degree in history from the University of Tampere. He is a live casino aficionado who has also created his very own roulette strategy. 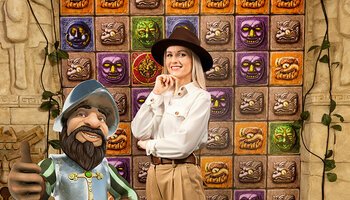