Enjoy the beautiful art deco style as you try to hit the progressive jackpot in NetEnt’s 2019 slot Grand Spinn Superpot.

But wait, are there two slots with the same name? Indeed, in 2019 July NetEnt released two slots at the same time. The first one was Grand Spinn and the other Grand Spinn Superpot. The difference is, the Superpot version has a progressive jackpot. In the normal version, all jackpots are fixed. There are some other, minor differences too, but the progressive jackpot is no doubt the most important one.

There’s no story to follow, so instead Grand Spinn Superpot sets the mood with the design and music. Picture yourself in a classy bar, the band playing smooth jazz and the people chatting quietly. The air has a fine layer of cigarette smoke, the soft leather chairs look new and the chandeliers shimmer in gold.

So, grab a seat, and sit next to me as we feed the machine some coins and start spinning.

I can’t but love the golden art deco style of Grand Spinn Superpot. Of course, it’s not a surprise to see a game looking this good from NetEnt. The smooth jazz in the background is spot-on and through the music, I could hear other slots being played and the sound of coins clinking.

The slot would look and sound perfect, except for what happens during a winning spin. Suddenly I get thrown into a random casino in Vegas, the music changes to something completely different and the nice, relaxed feeling is gone. Of course, there absolutely should be a different vibe in the game as there’s a payout on its way, but NetEnt should have composed something with a better fit.

There might be three reels and three rows in Grand Spinn Superpot, but it only has one single payline. The payline follows a straight line across the reels from left to right - don’t worry, you won’t miss it since it has golden frames around it.

So why do the reels also show what’s above and below of the payline? There’s a good reason for that, and it’s the nudge feature. Each winning combination activates this feature, and as the name suggests, it nudges the reels for more wins. I’ll explain this feature with more details later.

You can adjust the bet by selecting the bet level and the value of a coin. The minimum wager for a spin is two coins, equivalent to 2p. Basic symbols:

The slot has three kinds of Jackpot symbols: Mini, Midi and Super. Three of any kind of these symbols awards you with the lowest level Jackpot. For example, if you get one Mini and two Midis, you win the Mini Jackpot.

When the reels stop with three identical symbols, it pays the wins according to the paytable. After this, the game nudges the reels, if there are more winning symbols or an arrow above the payline.

The slot pays again for each winning combination formed after the nudge. If the next symbol on the reel is empty or an entirely different symbol, the nudge stops. If there’s an arrow, it forces the reel to spin back to the very first winning symbol.

This feature is quite an old one, as it has been around since the physical slots in the ’70s. NetEnt has also included this feature in their games multiple times before, like in Super Nudge 6000 which was released in 2010, and in 2019’s slot Temple of Nudges.

The Wilds can appear on any reels and they have x2, x4 and x8 multipliers on them. The Wilds can also be stacked, so they’re the best way to land on big wins in addition to the jackpots.

I would have expected to see Grand Spinn Superpot in 2010, or maybe in 2013. Maybe not as fine-tuned as it is now, but more or less the same. For a 2019 progressive jackpot game from NetEnt, it is a bit of a disappointment since it feels like they couldn’t be bothered with the effort. Despite the good looks and some nice music, the slot does not offer anything new.

The progressive jackpot is, of course, always a nice and important factor. But as it can’t even compete with the popular slots like Mega Fortune or Hall of Gods, it’s very easy to miss.

I really can’t comprehend why Grand Spinn Superpot was made in the first place. Or rather, I don’t understand why NetEnt decided to release it in 2019. I know that progressive jackpots are in high demand, but if you’re going to do one, can’t you make it more interesting?

As glamorous as it looks, I probably will forget this slot quickly after closing it. Jackpot or no jackpot.

Browse casinos with Grand Spinn Superpot and other slots from NetEnt. Create an account and try the game for free before making a deposit.

You can play Grand Spinn Superpot in English, Finnish, Swedish, German and 20 other languages. 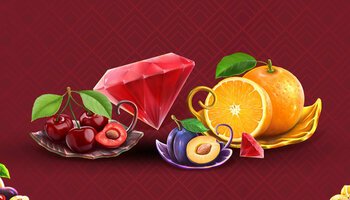