Hades - Gigablox is set in the Greek underworld where their god is entertaining himself with a wide variety of reels. Players are allowed to sit and watch the non-standard playing field with free spins, wilds and colossal symbols.

The game features a large 6-reel, 6-row playing field which gives room for up to 50 paylines on which to score a win. With the game coming out in 2020 and developed by Yggdrasil you can be reasonably assured that you will be treated to some great graphics. In this case, that assumption is correct as all the symbols look great and Hades himself can be seen standing next to the reels the entire time.

Hades also interacts with the game, jumping into the symbols or adding Wilds onto the screen. Triggering the free spins mode makes him become animated as well. Not all the symbols are terribly original but they do look great. The background meanwhile shows us deep inside the underworld with nice details like the giant pillars in the distance or the way Cerberus the three-headed dog is incorporated into the rock.

As far as the sound design goes, the developers went with a pretty hard soundtrack that is most noticeable during the free spins mode. There’s also a lot of voice work, especially when triggering special features but it also incorporates random voice lines. I thought those were a nice way of adding some character to the slot.

Hades - Gigablox features a rather large playing field when compared to other slots but it functions exactly the same as most games. Paylines are distributed across the screen and symbols have to appear on those from left to right in order to count as a win. Wilds facilitate this by substituting all regular symbols.

Because of this, the game has Medium Volatility which translates into getting regular small wins and being awarded with bigger wins less often. The game expects the player to get multiple wins on the same spin in order to get a big enough coin reward, as single wins will often not be big enough.

Getting a six-of-a-kind win proved rather tricky while I was playing the game, usually getting stuck on three or four symbols on a payline. The wins for that are a lot lower, which makes it harder to get your bets back. Players can pick a bet between £0.10 and £100 to increase or decrease the value of their bets while a max. win of 11,129x your bet will entice people to keep playing.

Hades - Gigablox makes use of a selection of features that make the game more interesting to play but aren’t particularly original. They do help in setting the mood and they can help players get some big wins, though this is not guaranteed.

Most of the time, the game takes place in the base game where players are treated to Hades occasionally making comments or joining the fight by duelling the monsters on the screen. If he wins, they turn into Wilds which can facilitate wins. Unlike most other slots, colossal symbols are actually very common and are shown on the screen with almost every spin.

The free spins mode is similar to the base game except for the added multipliers, which are activated when enough monsters have been defeated by Hades. This fills up a bar that will unlock a multiplier every time that happens. The multipliers start at 2x your win and go up to 10x.

Hades - Gigablox feels like a return to the classic Yggdrasil, where they would spend a lot of time in the appearance and design of the slot. The game has a quite excellent Hades character standing next to the reels and interacting with the reels.

The features are noticeable and give players extra opportunities to get wins without being overly annoying or slowing the game down. Even players that prefer a more classic gameplay experience might like the way they are implemented here.

The game has high volatility but I found it to keep my funds rather steady, even showing a slight increase over time. Triggering the free spins mode is likely to result in a bigger win but it is not guaranteed. All in all, I would suggest players to give it a try if it sounds interesting and it might surprise you.

Browse casinos with Hades - Gigablox and other slots from Yggdrasil. Create an account and try the game for free before making a deposit.

You can play Hades - Gigablox in English, Finnish, Swedish, German and 18 other languages. 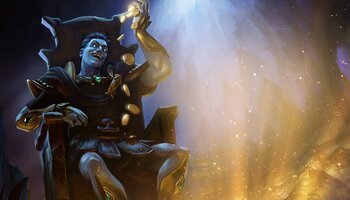