Enter a world of mystery in HarleCoin, a 3-reel, 1-row slot that brings the classical slot mechanic into the 21st century with a dark twist. Red Tiger has designed an alluring game with a mysterious feel and an eerie soundtrack. The Harlequin is the master of this show and it is him that will bestow riches upon the player.

At the top of the reels is the paying table that is in constant flux depending on the spins. Every time a Harlecoin lands, watch the multipliers go up. But it’s the Boost Spin scatter that every player wants to see. The free spins round brings with it even more chances of HarleCoins and an even better surprise.

There is a total of 6 beautifully designed symbols together with the Boost Spins symbols. But unlike other slots, the symbol payouts fluctuate during the game. HarleCoins increase the value of the win. In the base game, when a win is registered the value starts back from 1x.

Below is a list of the starting values for each symbol, from highest to the lowest consist of:

HarleCoins can appear on any symbol in both the base game and the bonus round. Every time they appear on the grid they increase the payout value of the symbol they initially appeared on. Harlecoins on the cherry and clover symbols increase the payout by 1x, on the star and bell symbols by 2x, on the 7 by 3x and on the Wild by 5x.

I have to admit I dismissed this slot at the start due to its vintage mechanics. I’m just not a fan of classic slots with 1 payline. But HarleCoin proved me wrong. There is one feature that really dials up the fun and that is the Boost Spin bonus feature. I received an amazing 25 spins and kept hitting HarleCoin boosts to increase the winning output on the different symbols. Then the wins started coming in and I ended up with a final 102x win.

So I did manage to have quite a bit of fun with the game, a lot more than I was initially expecting. The volatility is set to 4/5 and this was certainly my experience with the slot. I started playing and in my first 25 spins absolutely nothing happened, and I mean nothing. This is normal since it has a hit rate of 1/5 but it did get me quite discouraged. But then I entered the bonus round and the game got turned around completely.

So it is worth keeping in my mind the high volatility especially when it comes with such a low max win of 1,000x. However, with the games’ mechanics, I can see how this slot may be enjoyed by both casual and more novice slot players.

Browse casinos with Harlecoin and other slots from Red Tiger. Create an account and try the game for free before making a deposit.

You can play Harlecoin in English, Finnish, Swedish, German and 18 other languages. 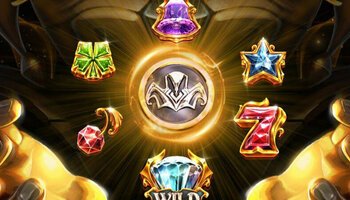